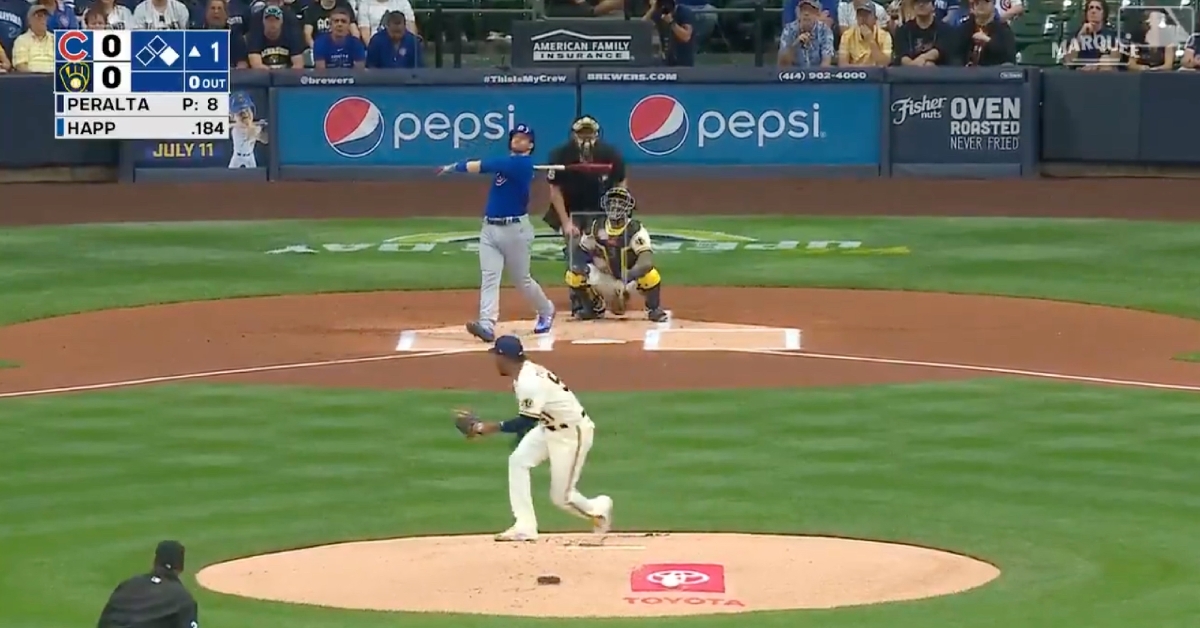 The Cubs took a 2-0 lead atop the Brewers when Ian Happ hit his first opening-inning home run of the year.

MILWAUKEE — The Chicago Cubs wasted little time in taking a lead over the rival Milwaukee Brewers in the opener of a three-game series at American Family Field on Monday. Following a leadoff walk drawn by left fielder Joc Pederson, center fielder Ian Happ skied a towering two-run jack out to right field.

Providing the Cubs with a 2-0 advantage, Happ lofted a 373-footer that boasted plenty of hang time before barely clearing the outfield wall. Right fielder Avisail Garcia leaped in an attempt at catching the dinger, but the ball was just out of his reach.

Happ now has nine homers and 21 RBIs to his name on the season. On Monday, he took starter Freddy Peralta deep on a 92.5-mph four-seamer. The bevy of Cubs supporters in attendance at the Brewers' ballpark raucously cheered Happ's first-inning blast, which left the bat at 109.4 mph and 42 degrees.

The first 1st inning homer of the season for Happ.#CubTogether pic.twitter.com/hmr9FYhlEc