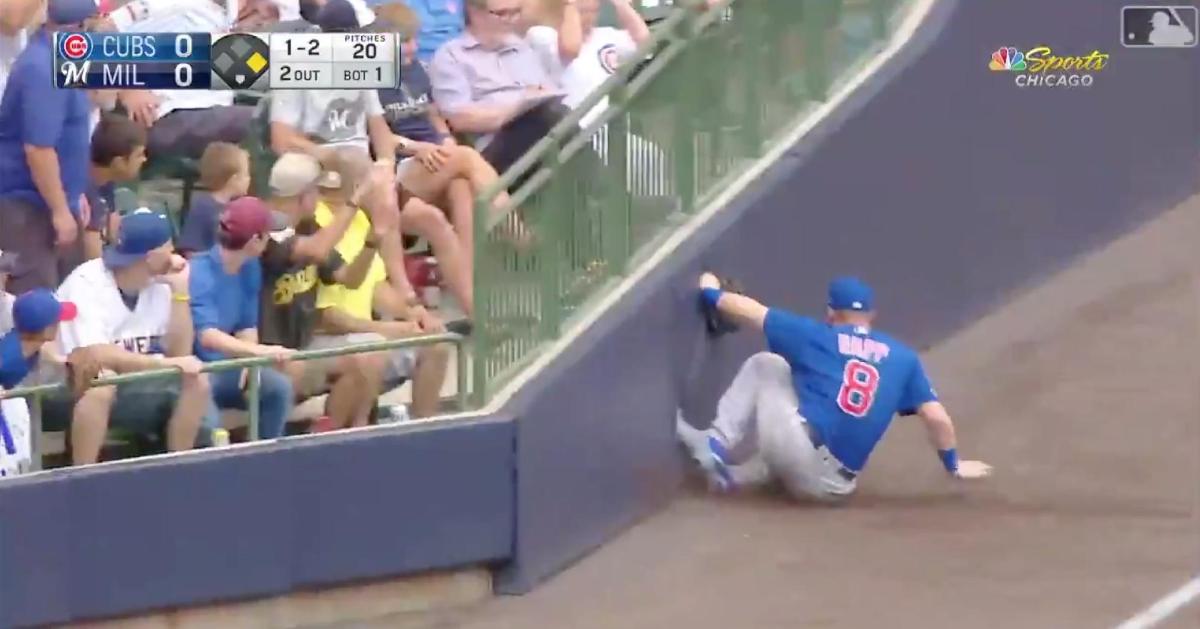 Ian Happ slid into foul territory in order to make his first significant play as a member of the 2019 Chicago Cubs.

MILWAUKEE — Making his season debut for the Chicago Cubs, left fielder Ian Happ, who was only just called up from the minors by the Cubs earlier in the day, wasted no time in flashing the leather on Friday night. With the Cubs battling the Milwaukee Brewers at Miller Park, Happ pulled off a spectacular defensive play in the bottom of the first.

Ending the opening inning, Happ slid into foul territory in order to catch a foul ball hit off the bat of Brewers third baseman Mike Moustakas. Happ showed off his athleticism on the play, as he timed his slide perfectly so that he could make soft impact with the wall that did not impede the catch. Prior to Friday, Happ spent the entirety of the 2019 slate playing minor-league ball.

*reaches into the ol’ bag of Ian Happ puns* pic.twitter.com/NGWv70iiT9