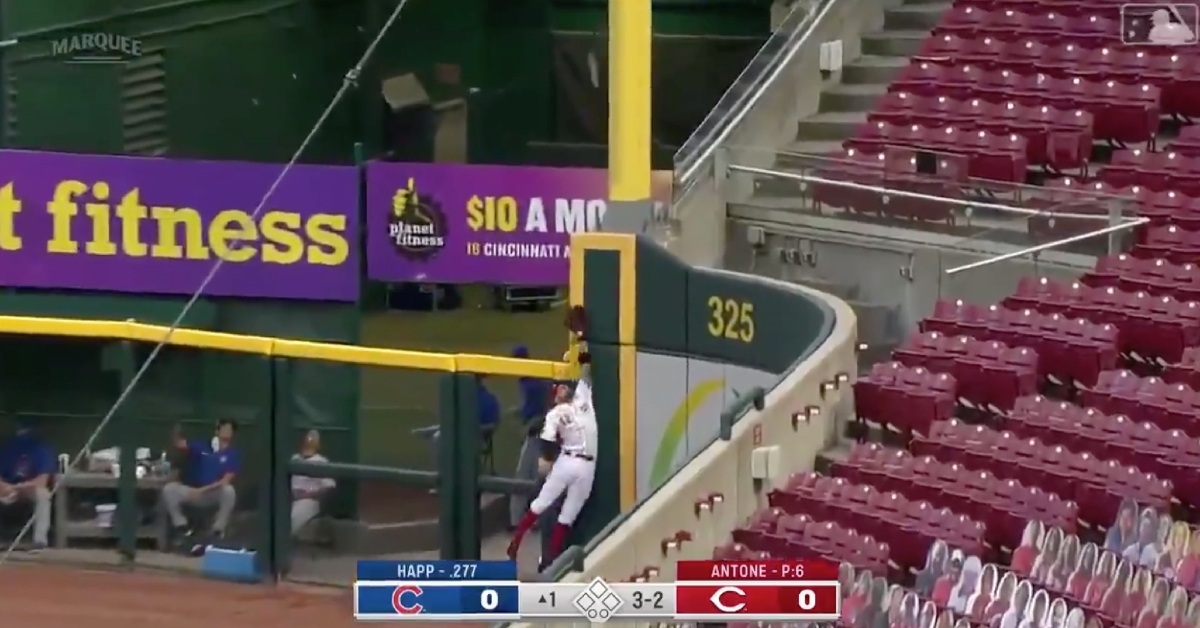 CINCINNATI — Benefiting from a lucky bounce, Ian Happ powered out a leadoff home run in the first plate appearance of Saturday evening's contest at Great American Ball Park. Happ hit a 331-footer that bounced off the padding at the top of the right field wall before ricocheting off the foul pole for a home run that boasted a steep launch angle of 46 degrees.

Cincinnati Reds starter Tejay Antone gave up the round-tripper, Happ's seventh of the season, on a slider that broke over the plate. The umpiring crew reviewed the home run, and the call stood, giving the Cubs an early 1-0 lead. Happ has now recorded two leadoff blasts this summer.

Second leadoff home run of the season for @ihapp_1! pic.twitter.com/FHy1qaxYHM