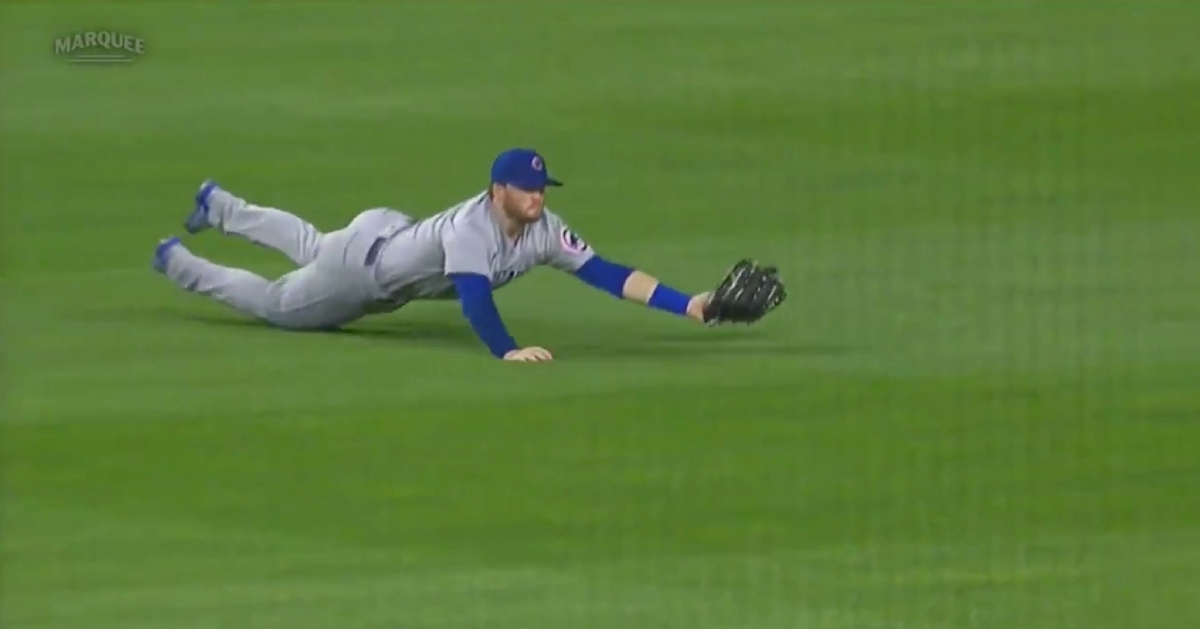 Ian Happ went all out on a diving catch, and it paid off, as the Pirates were unable to plate the tying run.

PITTSBURGH — Pittsburgh native Ian Happ led off Tuesday's game at PNC Park with a solo blast, and he went on to flash the leather with a great diving catch that robbed the Pittsburgh Pirates of scoring the tying run. The Chicago Cubs center fielder laid out for a Superman-like snag of a liner hit by the Pirates' Erik Gonzalez in the bottom of the sixth.

A runner was able to tag up at third and score to pull the Pirates within one, but Happ's awesome defensive effort prevented the tying run from coming home. The Cubs got out of the sixth inning leading 6-5. Although the Pirates plated four runs in the frame, Happ's web gem might have been a game-saving play for the North Siders.