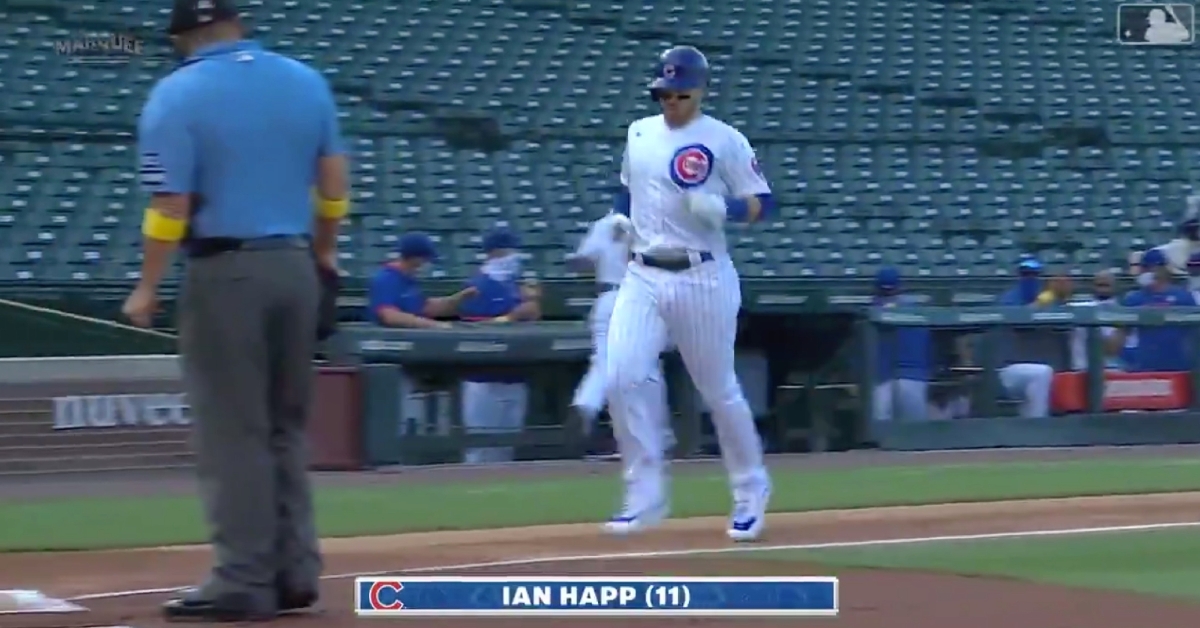 CHICAGO — After missing Friday's game due to injury, Chicago Cubs leadoff man Ian Happ wasted no time in making his presence felt in the batting order after returning to action. Happ smoked his fourth leadoff dinger of the season in Saturday's doubleheader opener at Wrigley Field.

Happ went yard in the Cubs' first at-bat of the game, taking St. Louis Cardinals starter Adam Wainwright deep on the second pitch of his first-inning at-bat. While Happ rounded the bases, the shiner around his right eye was visible, as he missed the previous game with an eye contusion caused by a foul ball hitting him in the face on Thursday. Happ's four leadoff bombs lead the majors this season. The tater to right carried 401 feet off a cutter, putting the Cubs up 1-0.