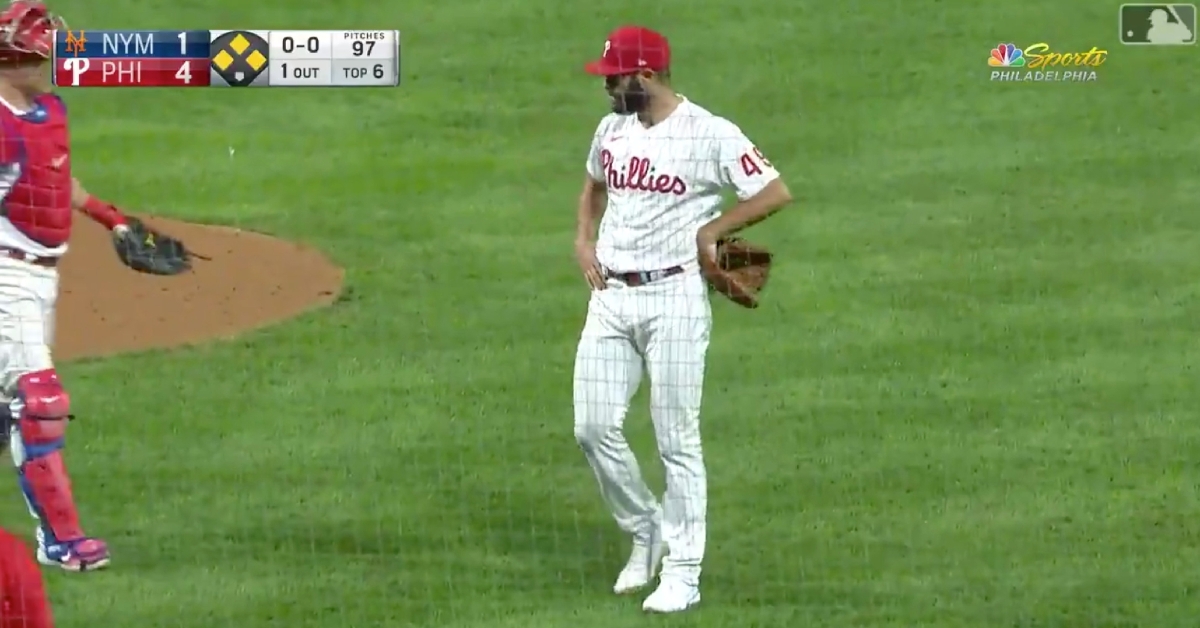 Jake Arrieta suffered a right leg injury and was forced to exit his start because of it.

PHILADELPHIA — Former Chicago Cubs ace Jake Arrieta has suffered through injury issues since joining the Philadelphia Phillies in 2018. The veteran right-hander was dealt another injury blow on Tuesday, and, if the Phillies fail to reach the postseason, it might spell the end of Arrieta's Phillies tenure.

Arrieta, who is the final year of his contract, was injured in the sixth inning of the Phillies' clash with the New York Mets. He appeared to pull something in his right leg on an awkward pitch delivery that resulted in a hit by pitch. After limping off the mound, Arrieta was removed from the game. The Phillies went on to defeat the Mets 4-1 at Citizens Bank Park. No official prognosis has been announced by the Phillies, but Arrieta told reporters that he believes the injury is a hamstring strain and also said that "he'll be back for the playoffs."

Jake Arrieta may have badly hurt his hamstring. He walked off the field after being in a lot of pain pic.twitter.com/EzCyLRsrMu

“I’ll be back for the playoffs. There’s no question in my mind” https://t.co/QD3KAlGXWX