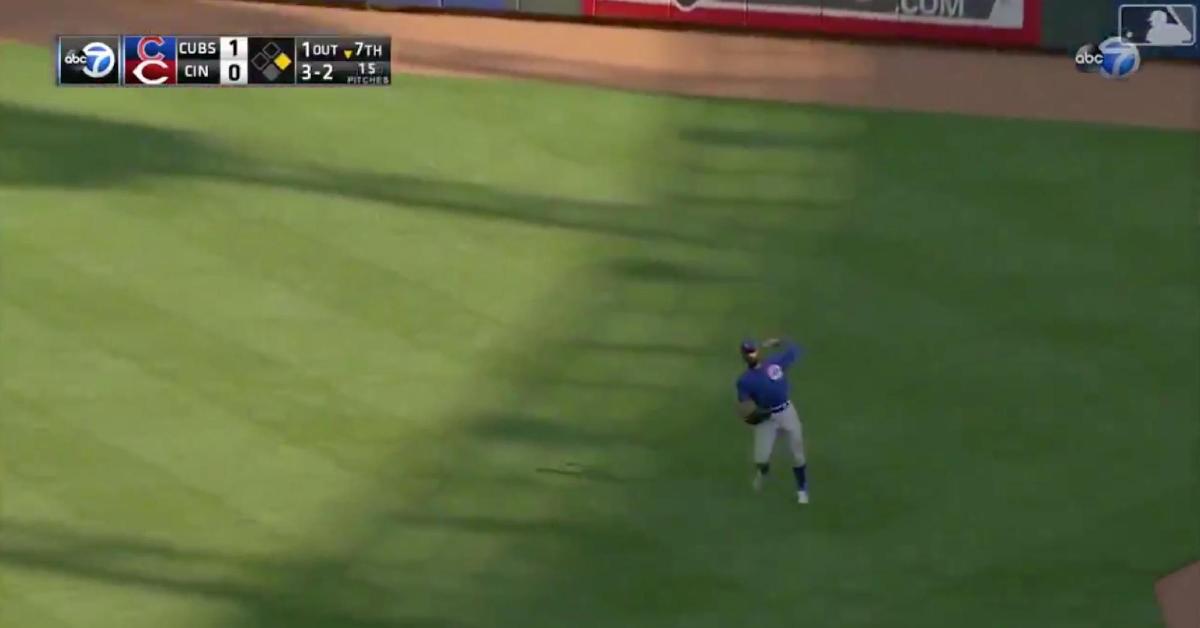 Jason Heyward doubled off a runner at first base as part of an inning-ending double play.

CINCINNATI — In the first inning of the Chicago Cubs' contest at Great American Ball Park against the Cincinnati Reds on Saturday, Cubs right fielder Jason Heyward made a spectacular catch that figured to be his best defensive play of the game. However, in the bottom of the seventh, Heyward topped the stellar snag with a heady double play.

En route to doubling off the Reds' Derek Dietrich at first base, Heyward raced in to catch a popup hit by Curt Casali. After securing the grab, Heyward caught Dietrich too far off the bag, so he threw a dart to Cubs first baseman Anthony Rizzo to complete the inning-ending double play. Dietrich nearly slid back in time, but Heyward was just quick enough with the throw to pull off the web gem.