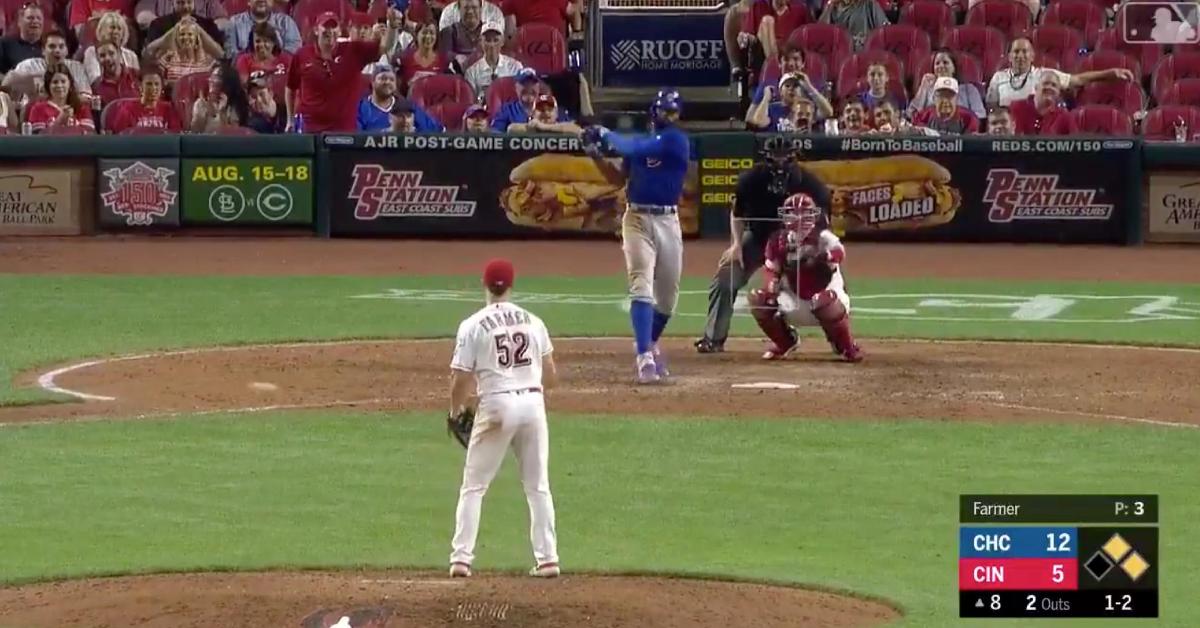 Jason Heyward stomped his feet while raring to take a swing at each slow pitch coming from Kyle Farmer.

CINCINNATI — On Thursday night, with the Cincinnati Reds getting blown out 12-5 by the Chicago Cubs in the top of the ninth, a position player was called upon to garner the final four outs on the mound for the Reds. Utility man Kyle Farmer managed to pitch a scoreless 1 1/3-inning stint, despite the fact that all of his pitches were so slow that they did not even register on the radar gun.

While the highlight of Farmer's pitching appearance was Chicago Cubs shortstop Javier Baez batting left-handed off Farmer, Cubs right fielder Jason Heyward's at-bat was pretty interesting, too. The plate appearance mirrored a slow-pitch softball game, as Heyward essentially performed a tap-dance routine by stomping his feet in the batter's box while preparing to take a big hack at each lob being thrown his way.

As fate would have it, Heyward grounded out to end the eighth inning, as his intense anticipation for each lethargic pitch got the best of him. Somehow, Farmer pitched 1 1/3 innings of scoreless baseball, and Heyward's tap-dance routine was done in vain. The hilarious footwork incited cheers and laughs from the crowd in attendance at Great American Ball Park, though, and the Cubs went on to win 12-5.