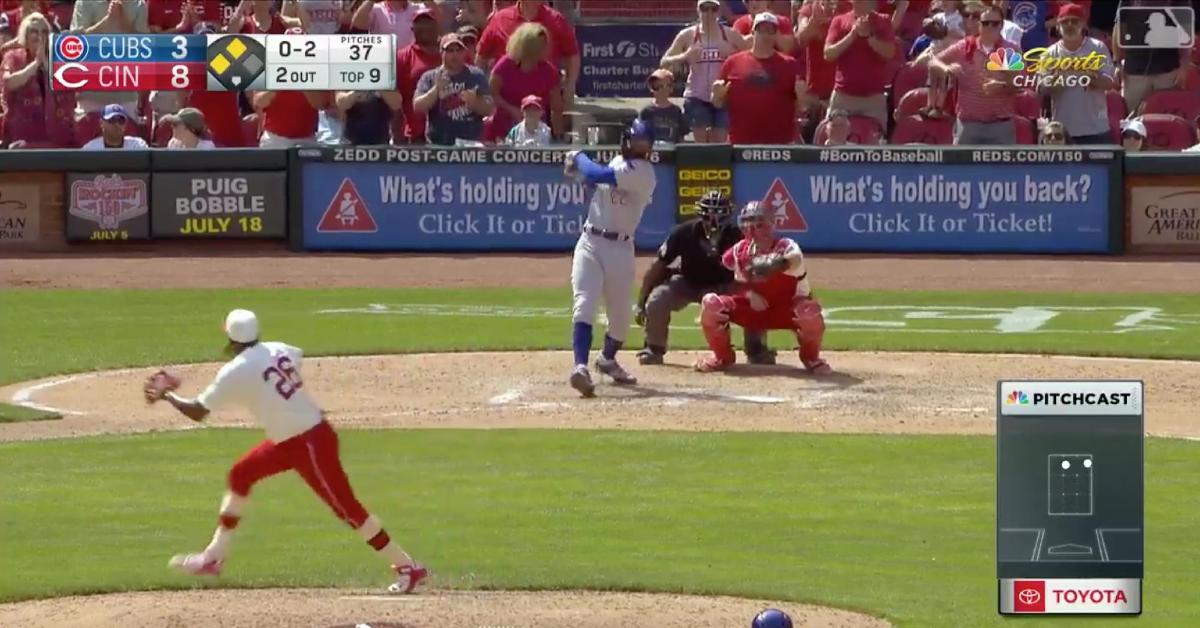 Jason Heyward tallied his 14th home run of the season on Sunday, extending his homer streak to three games.

CINCINNATI — In fitting fashion, Chicago Cubs right fielder Jason Heyward capped off arguably the best month of his Cubs tenure with a 3-run home run in his last at-bat of June. With the Cubs down to their final out and Heyward down his final strike against the Cincinnati Reds on Sunday, "J-Hey" drove a 3-run blast out to right in the top of the ninth.

Lining a 355-footer at Great American Ball Park, Heyward picked up his 14th long ball of the year on an 0-2 fastball from Reds closer Raisel Iglesias. The bomb plated third baseman Kris Bryant and first baseman Anthony Rizzo, making the score 8-6 in favor of the Reds. Unfortunately for Heyward, his late-game heroism was done in vain, as shortstop Javier Baez popped out to end the game in the very next at-bat. By way of the dinger, Heyward became the third Cub this season to homer in three straight games, which matches Heyward's career-best home-run streak.