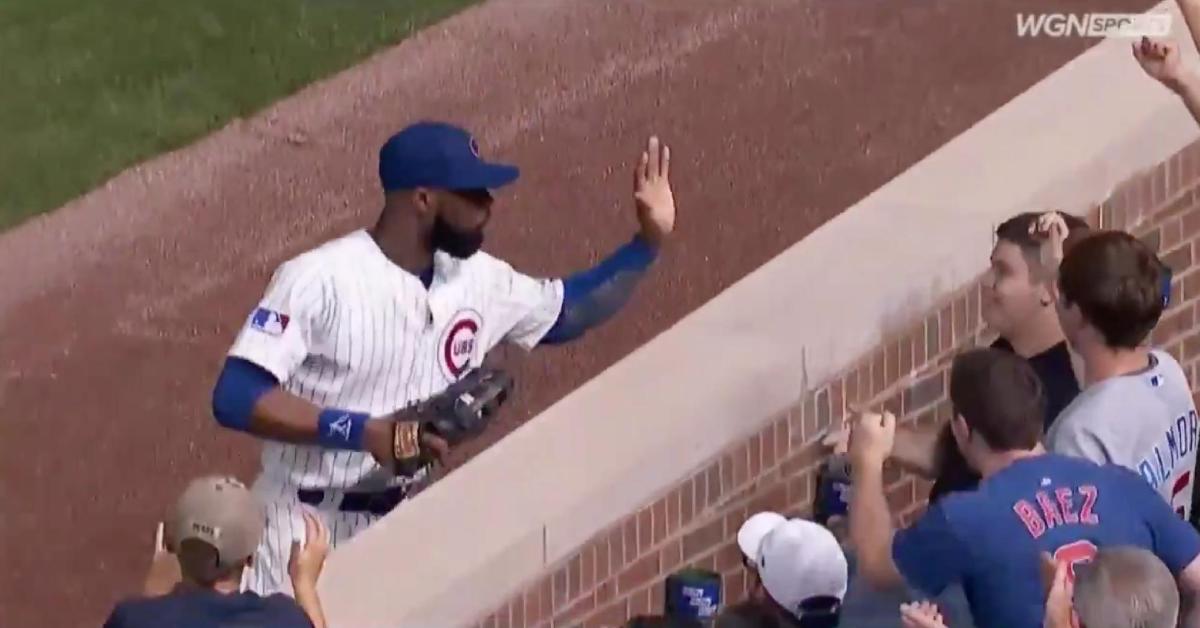 Jason Heyward made a nice gesture by turning back to give a young Cubs fan a high-five after securing a catch in foul ground.

CHICAGO — Prior to Chicago Cubs left fielder Kyle Schwarber jacking a walkoff solo bomb in the bottom of the 10th on Tuesday night, Cubs right fielder Jason Heyward made a great play on a foul ball in the top of the 10th. After successfully tracking down the ball in foul territory, Heyward showed some appreciation for one his fans.

In extra innings of the Cubs' eventual 4-3 triumph at Wrigley Field over the Cincinnati Reds, Heyward charged after a popup hit into foul territory and caught it near the partition. Out of the corner of his eye, Heyward noticed a boy in the stands who was looking to give him a high-five, so he turned back before making the throw to the infield and gave the kid some skin.

This is just great. Jason Heyward concentrates hard to make a catch in foul territory in the 10th, yet has the presence of mind to high-five a young fan in the stands. Probably made that young man's life.@Cubs #GoCubsGo pic.twitter.com/ElYMiGMSDj