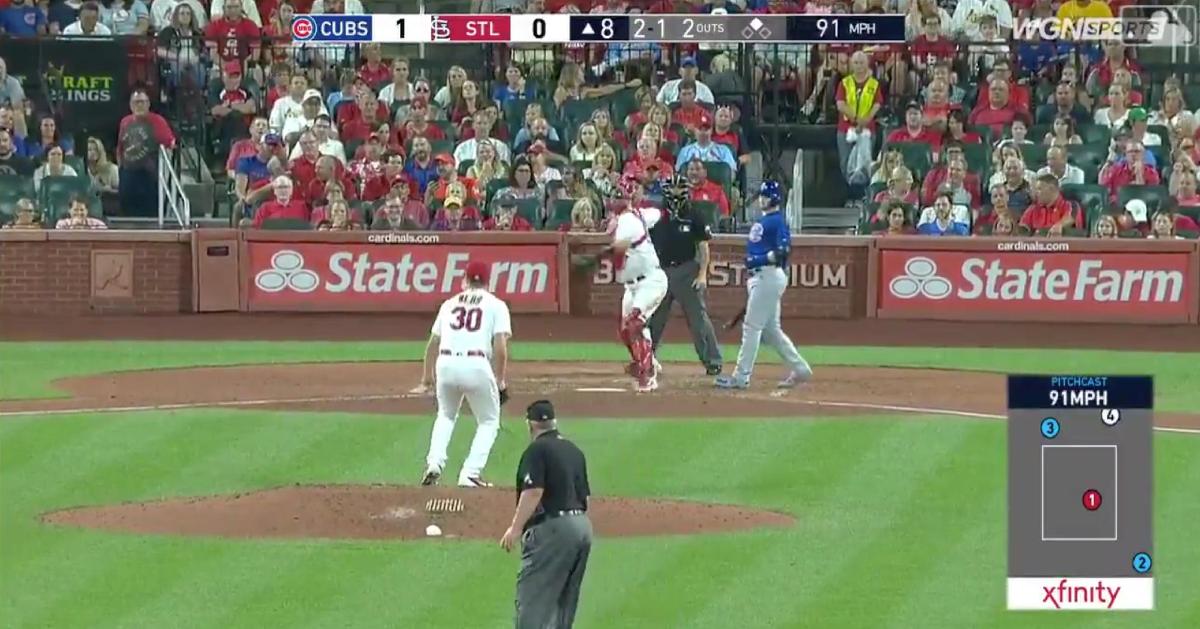 ST. LOUIS — By all accounts, St. Louis Cardinals catcher Matt Wieters is an excellent defensive backstop. However, the veteran committed an uncharacteristically bad throwing error at Busch Stadium on Wednesday that can simply be chalked up as Chicago Cubs shortstop Javier Baez working his magic.

With "El Mago" at second base after a Cubs challenge overturned a foul ruling and provided Baez with a ground-rule double, Wieters panicked when Baez began to play mind games with him after teasing a steal attempt. That led to an inexplicable error, which resulted in Baez coming home and putting the Cubs up 2-0.

Even after Baez seemed to commit to trying to steal third base, Wieters threw behind him. Adding insult to injury, the pointless throw was pathetic, as it bounced into the outfield, and enabled Baez to coast across the plate for a gift of a run in the top of the eighth.