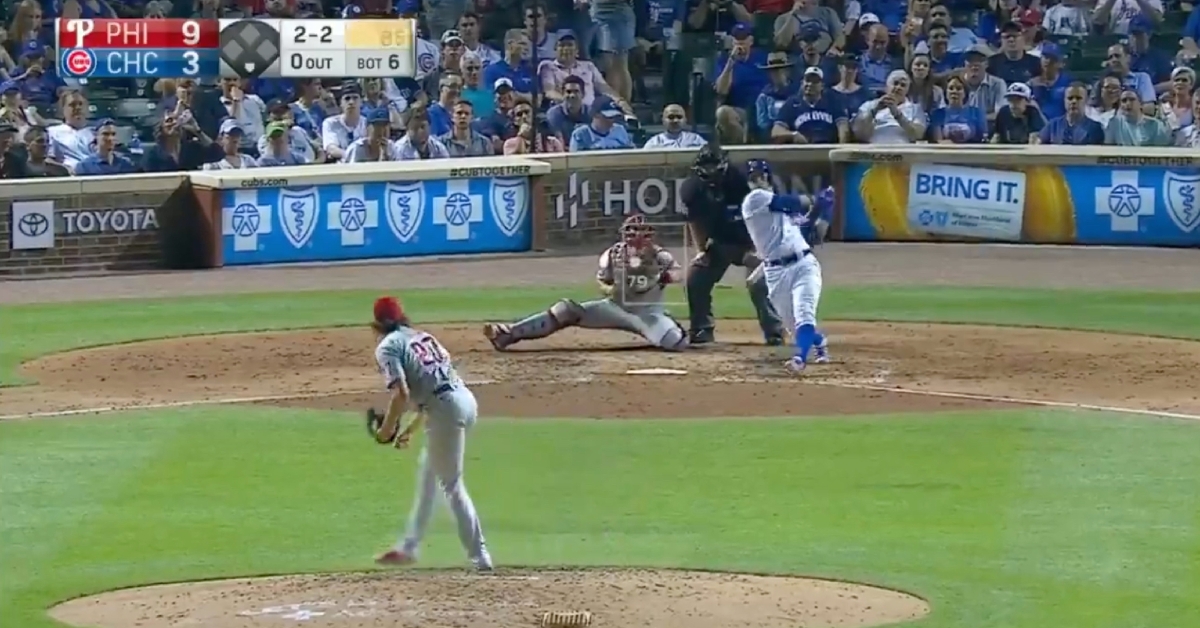 Javier Baez tallied his 20th home run of the season via a 422-foot leadoff round-tripper.

The solo shot kicked off the bottom of the sixth, and it sailed 422 feet out to left-center at Wrigley Field. Marking the 20th dinger of the season for "El Mago," which leads the Cubs, the no-doubter served as Baez's second RBI of the contest and 54th RBI of the year, which also leads the Cubs.

Nola offered up a 79.1-mph knuckle curveball, and Javy was not fooled by it. Instead, Baez plowed a towering round-tripper off the bat at 105.5 mph and 26 degrees. The star middle infielder has now homered at least 20 times in four different seasons.