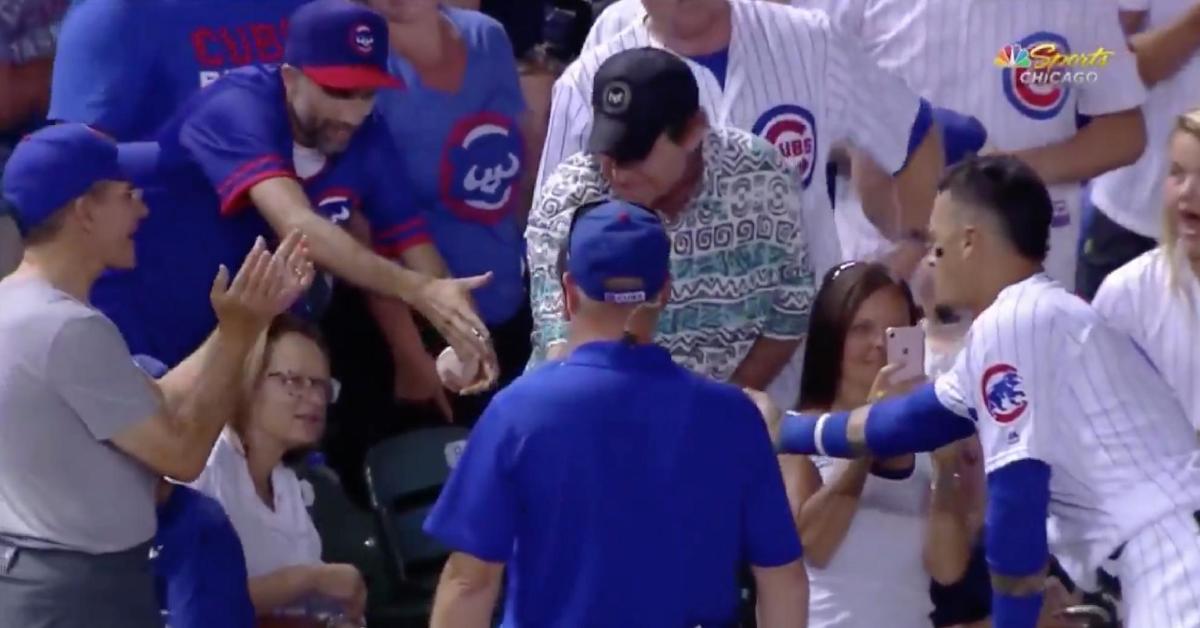 Javier Baez gave up his hat in order to make a nice gesture toward a fan who was hit by a foul ball.

CHICAGO — Unfortunately, yet another incident involving a fan getting hit by a foul ball took place at a Chicago Cubs game on Monday. With the Cubs battling the Cincinnati Reds at Wrigley Field, a young lady sitting near the Cubs' dugout was hit by a stray foul ball. Thankfully, she was fine, but, later on, Cubs shortstop Javier Baez provided her with a keepsake to make up for it.

In between innings, Baez walked to the section of the bleachers in which the woman was seating and made sure that the fans sitting nearby passed his cap to her as a souvenir. While not many players would think to give a fan a game-worn hat in the middle of a contest, "El Mago" marches to the beat of his own drum. The fan smiled after receiving the cap and was assuredly grateful for Baez's heartfelt gesture.

Watch #ELMago take care of a fan who was hit by a foul earlier in the game. Looks like he gives her a game used cap. Terrific gesture. @Cubs #GoCubsGo @javy23baez pic.twitter.com/ekFuUXvf2P