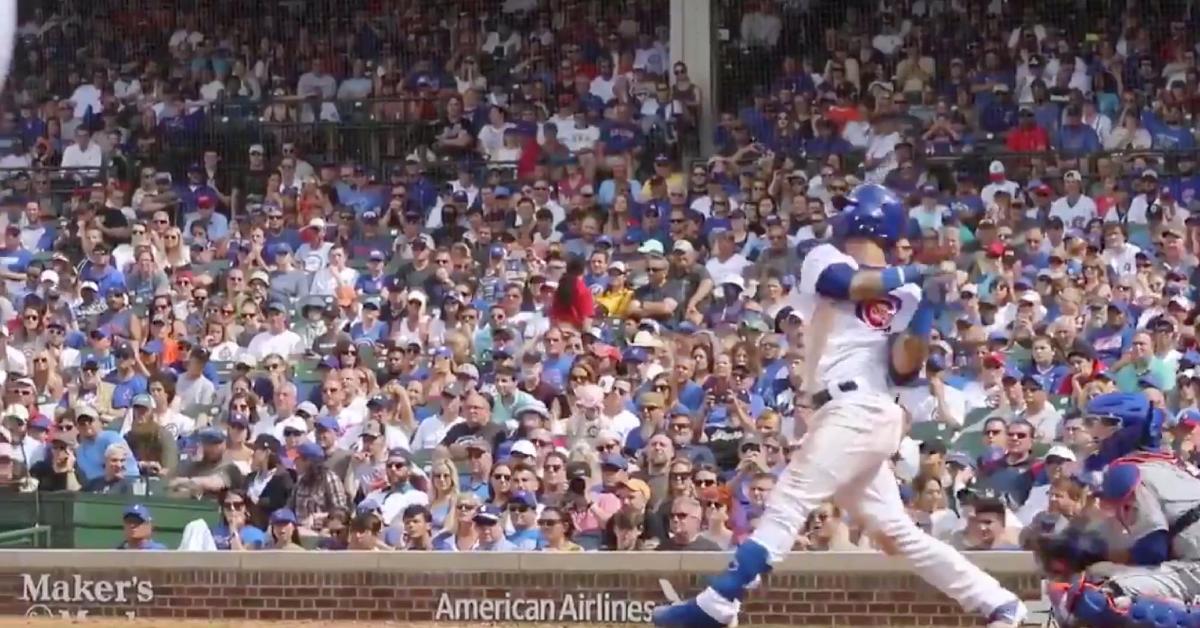 CHICAGO — Reaching the 100-homer mark in dramatic fashion, Chicago Cubs shortstop Javier Baez hammered a go-ahead 3-run blast in the bottom of the eighth on Sunday. Smoking a 374-foot shot out to right at Wrigley Field, Baez plated left fielder Kyle Schwarber and first baseman Anthony Rizzo with one out to put the Cubs up 5-3 on the New York Mets.

Baez's 100th career home run left the bat at 103 miles per hour and boasted a launch angle of 27 degrees. The opposite-field blast came on an 0-2 slider thrown right down the pipe by Mets reliever Seth Lugo. Baez was fired up as soon as the dinger left the bat and pumped up the crowd after crossing the plate. Baez reached the 100-homer plateau in his 602nd career game, which is the third-fewest games needed to achieve the notable milestone in Cubs history.

Congrats to @Cubs Javier Báez on his 100th career @mlb home run. Here are all of his home runs tracked by @statcast since 2015. ?????? pic.twitter.com/5crRsUZ9Yk