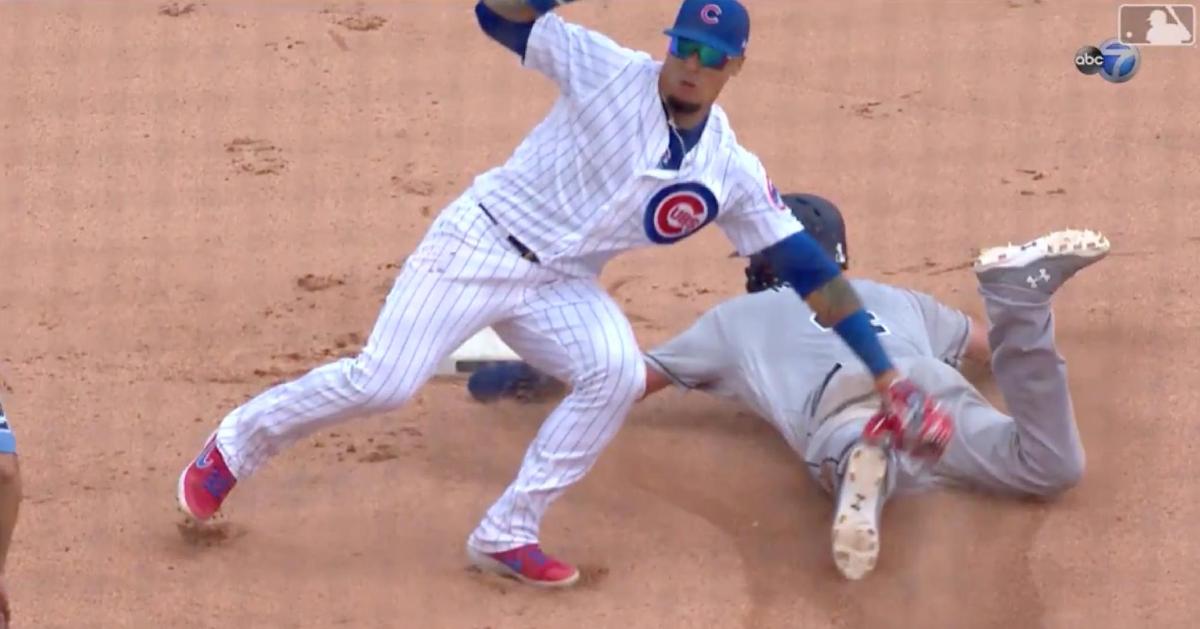 Living up to his "El Mago" nickname, Javier Baez pulled off a magical tag on Saturday.

CHICAGO — Just when it seems like sensational Chicago Cubs shortstop Javier Baez has done it all on the baseball diamond, he goes and accomplishes yet another amazing feat. On Saturday, with the Cubs battling the San Diego Padres at Wrigley Field, Baez pulled off an unbelievable no-look tag that helped the Cubs come out on top. With the Cubs clinging to a 1-run lead in the top of the ninth, the Padres' Wil Myers attempted to steal second base and was thwarted by Baez's quick glove.

Known far and wide as the best tagger in baseball, Baez showcased just how insanely gifted he is by applying an incredibly difficult no-look tag. Adding to the difficulty of the tag was the subpar throw made by Cubs catcher Victor Caratini that pulled Baez in front of the bag. However, Baez was not thrown off by it, as he was able to swipe Myers' heel with his glove in one fell swoop. Myers was called out, and the Padres challenged. The ruling stood, though, and the Cubs wound up winning 6-5.

If you need something to watch the rest of the night pic.twitter.com/tpBfRzZT2N