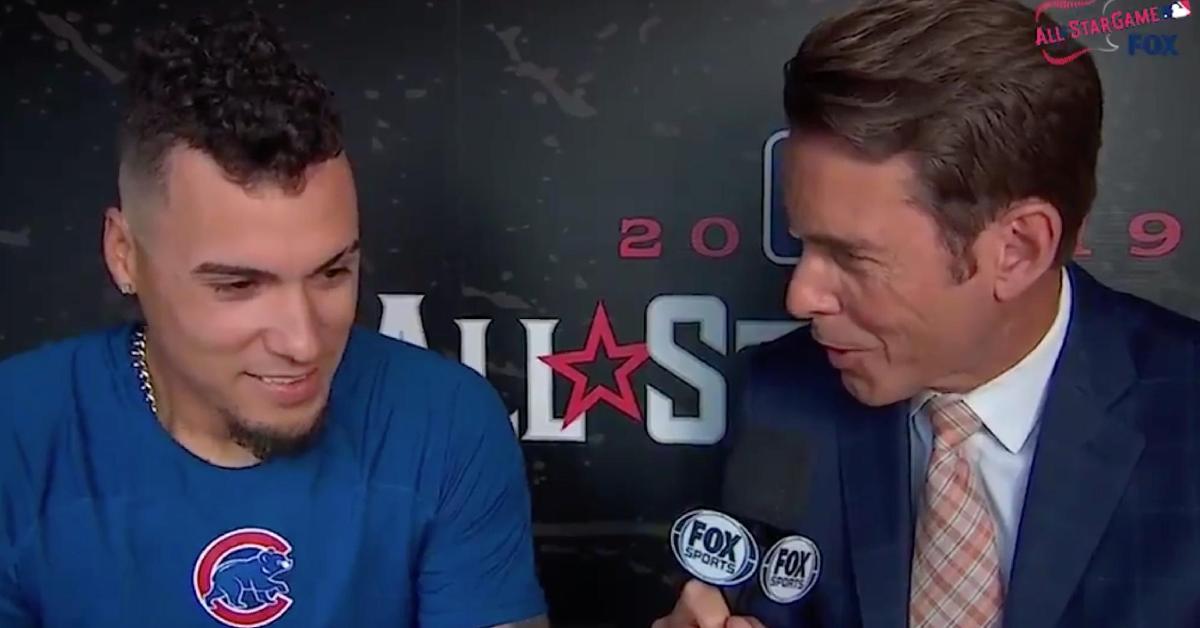 Javier Baez revealed that pulling off web gems on defense is what thrills him the most when it comes to playing baseball.

CLEVELAND — Before Tuesday night's All-Star Game at Progressive Field got underway, superstar Chicago Cubs infielder Javier Baez, who started at shortstop for the National League, spoke with Tom Verducci of FOX Sports about a variety of topics, including what it meant to him to be starting in the Midsummer Classic for the second straight year. Baez expressed his appreciation for the fans who voted him in and said that he was honored to be in the starting lineup.

Baez, who brandished a flashy glove for Tuesday's contest, became the first player in MLB history to start at second base and shortstop in the All-Star Game in consecutive years, as he was the National League's starting second baseman last summer. Known for his defensive aptitude, Baez listed defense as his favorite element of playing the game of baseball, particularly because of the excitement that it provides the fans with.

Verducci rounded out the interview by asking Baez what the Cubs can do to improve after going 14-15 in June and then limping into the All-Star break. By stating that his team needs to focus on putting together quality at-bats, as opposed to aiming for home runs all of the time, Baez implied that the Cubs' offensive production has to become more consistent and well-rounded if the North Siders are to right the ship.

The @Cubs star can do it all. pic.twitter.com/izzVCkbNk1