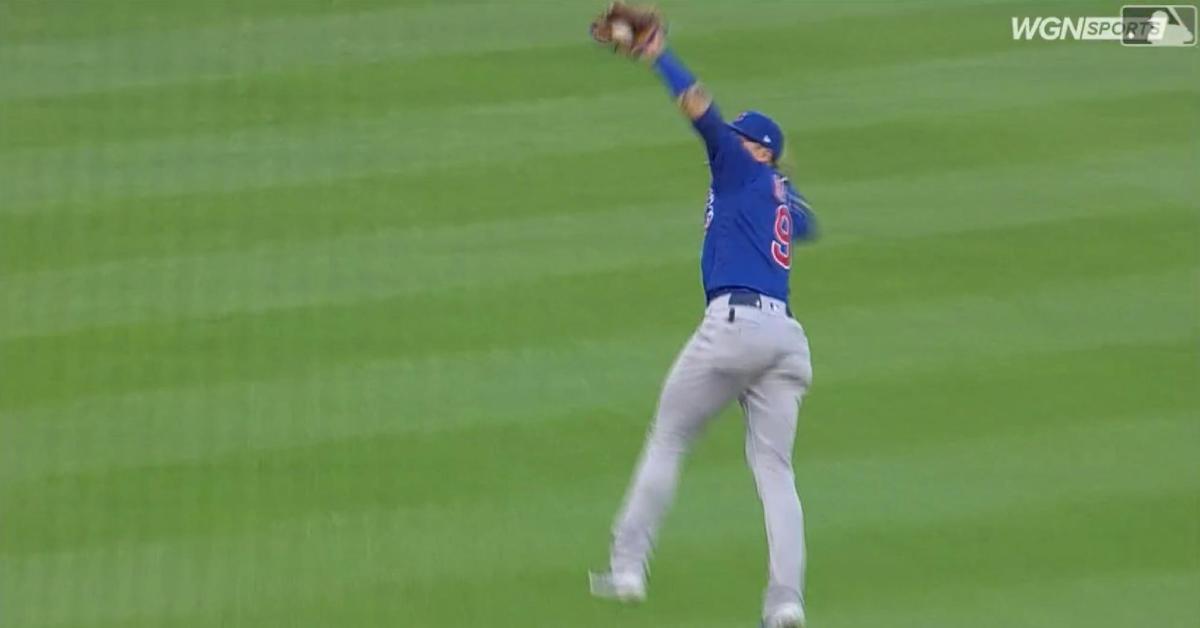 PITTSBURGH — Back in the lineup after missing Thursday's game due to an illness, Chicago Cubs shortstop Javier Baez did not take long to flash the leather on Friday, as he snagged a line drive with a leaping catch in the second inning. Robbing Pittsburgh Pirates first baseman Josh Bell of a hit, Baez pulled off a backhanded grab in midair.

Baez seemed to float while jumping up to secure the catch at PNC Park. Bell would have tallied a leadoff base knock if not for Baez's athleticism, as "El Mago" added defying gravity to his long list of skills. Later on, "Javy" notched a similar web gem when he caught a hard-hit liner while leaping to his right, thus ending the sixth frame.