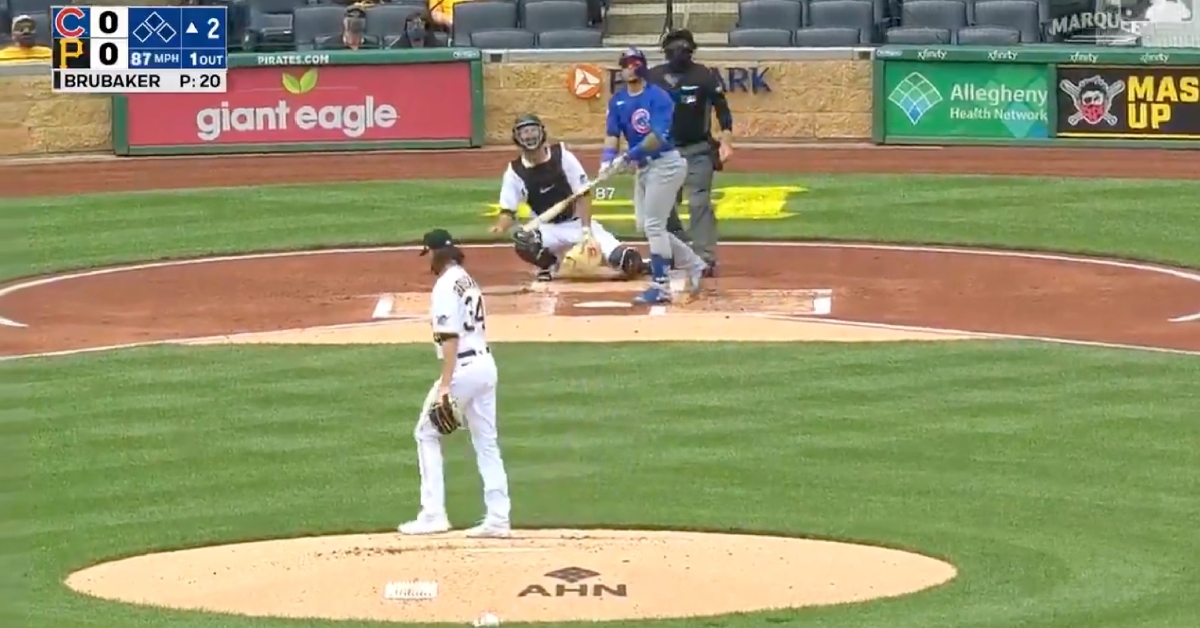 A powerful swing by Javier Baez resulted in a 410-foot solo shot at PNC Park.

PITTSBURGH — Giving the Chicago Cubs an early 1-0 lead over the Pittsburgh Pirates, shortstop Javier Baez walloped a 410-foot solo blast out to center field in the second inning on Sunday. The dinger off starter JT Brubaker was smoked off the bat at 103.8 mph, with a violent swing by "Javy" driving it out of the park.

Baez provided starter Trevor Williams, a former Pirate, with some early run support at PNC Park. "El Mago" took Brubaker deep on an 87.2-mph slider, sending it over the wall at an angle off 32 degrees for his third homer of the season.

Interestingly, on April 11, 2018, Baez hit two home runs in a 13-5 Cubs win over the Pirates at Wrigley Field in Chicago. The multi-homer performance was Baez's second in as many games. He will assuredly be looking to produce another multi-homer showing versus the Buccos on the three-year anniversary of that game.