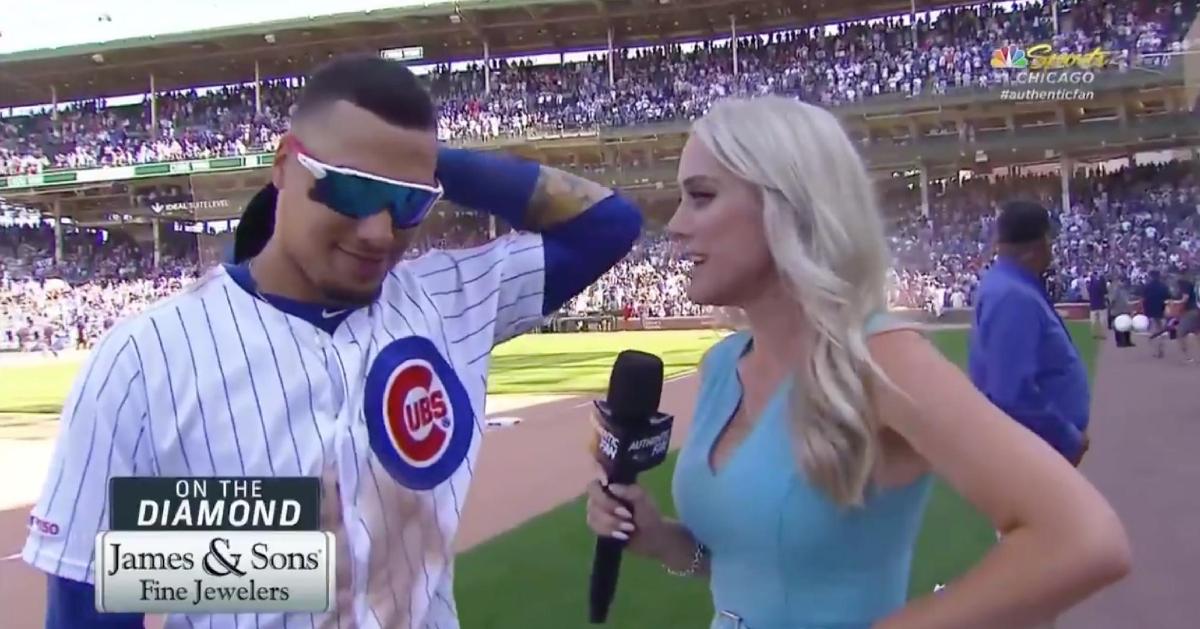 CHICAGO — Shortstop Javier Baez led the charge for the Chicago Cubs in their 6-2 win over the Milwaukee Brewers on Friday. Going 3-for-5 with a 2-run home run and a pair of doubles, Baez scored twice, batted in three runs and notched a steal. Following the victory at Wrigley Field, Baez caught up with NBC Sports Chicago reporter Kelly Crull about his solid performance.

Baez implied that the win set the tone in the significant series against a division foe and credited his baserunning for being a pivotal component of his effective outing on the afternoon. "El Mago" also discussed the glaring difference between the Cubs' play at home and the Cubs' play on the road, which has been quite evident since late May, and he chalked it up as the team overthinking its approach when playing outside the comforts of the Friendly Confines.

After a big day at the plate, El Mago catches up with @Kelly_Crull ON THE DIAMOND (@JandSJewelers) pic.twitter.com/zdbKmWjhH9