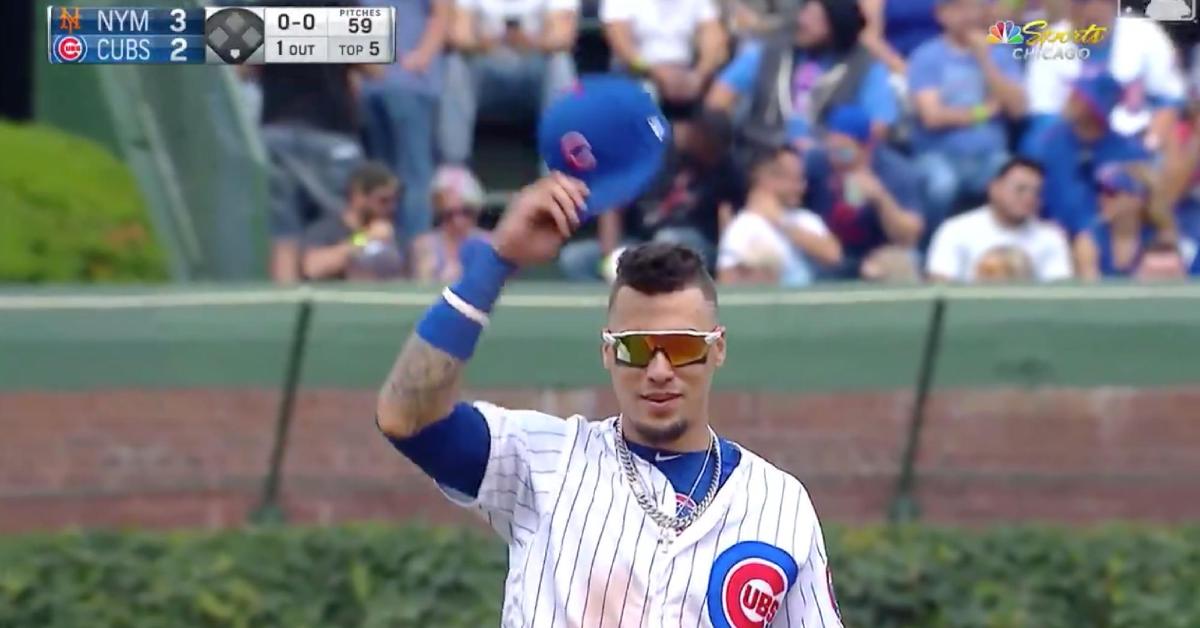 Javier Baez tipped his cap to the fans as if to playfully mock Adbert Alzolay.

CHICAGO — With a tongue-in-cheek gesture that poked fun at Chicago Cubs pitcher Adbert Alzolay for his over-the-top hat tip to the fans when he was pulled from the game on Thursday, Cubs shortstop Javier Baez removed his cap and raised it high above his head in showing his appreciation for the supportive Wrigley Field faithful on Friday. The crowd went wild after Baez made a great stop of a screamer at the back edge of the infield dirt and fired to first base for the out.

The hit off the bat of Tomas Nido of the New York Mets took an awkward hop in front of Baez, but he was able to make a backhanded snag to save a hit before throwing a dart across the diamond to Cubs first baseman Anthony Rizzo. The fifth-inning web gem led to Baez following up on the prank from Thursday night, in which the Cubs slapped their hats together in the handshake line, making light of Alzolay's emphatic tipping of his cap.

Acting like an All-Star even after the polls close.#EverybodyIn pic.twitter.com/aEPNdLyMP7