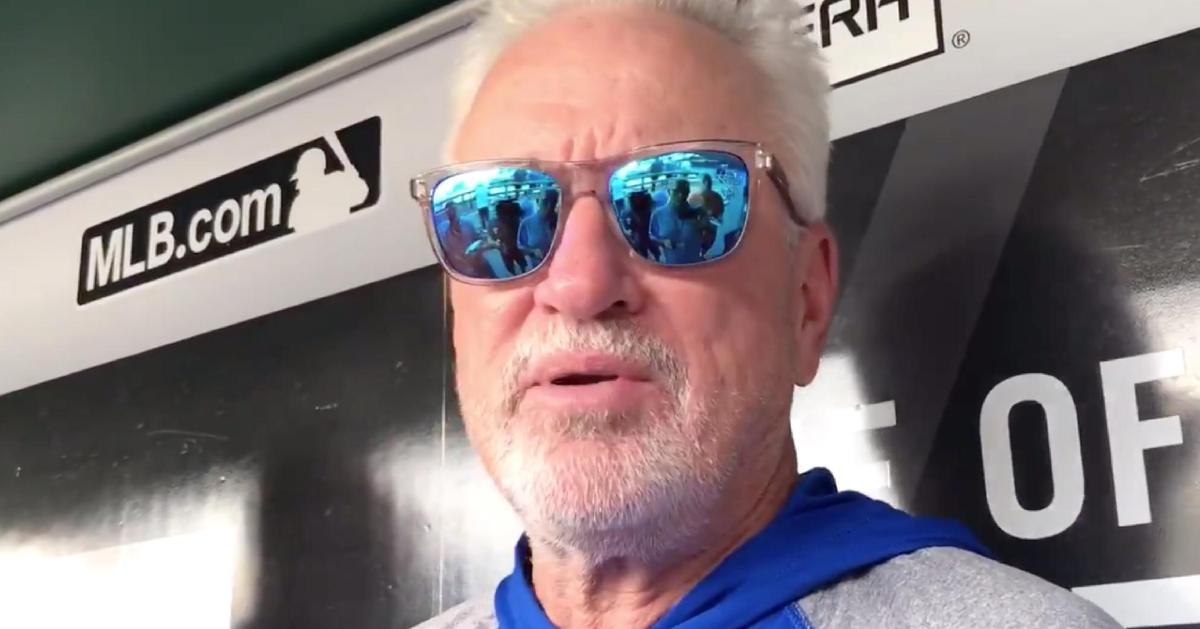 Joe Maddon explained the rationale behind Albert Almora Jr. being sent down to the minor leagues.

PITTSBURGH — Prior to Friday's game between the Chicago Cubs and the Pittsburgh Pirates, Cubs manager Joe Maddon addressed the media at PNC Park over the transaction that resulted in second baseman Addison Russell being called up from the minors and center fielder Albert Almora Jr. being sent down to the minors. Russell had been in Triple-A since late July, and Almora, who has been struggling offensively as of late, was demoted in order to make room for him.

"We just thought, right now, that it would be the best thing for him and for us," Maddon said of Almora being sent down to Triple-A. "We're covered in the outfield, so we're good there."

Like Maddon said, the Cubs' outfield depth likely contributed to Almora being shipped to the minors, as the recently acquired Nicholas Castellanos and the recently promoted Ian Happ have outperformed Almora as of late. Also, Almora could likely benefit from a few weeks of minor-league action, much like Russell did. When the rosters expand to 40 players at the beginning of September, Almora will almost certainly be called back up, if not sooner.

"I don't like having to deliver the message," Maddon said while speaking on demoting notable players to the minors, "but I've been through it enough to know that, when they come back, they almost always can see that it was the right thing to do."