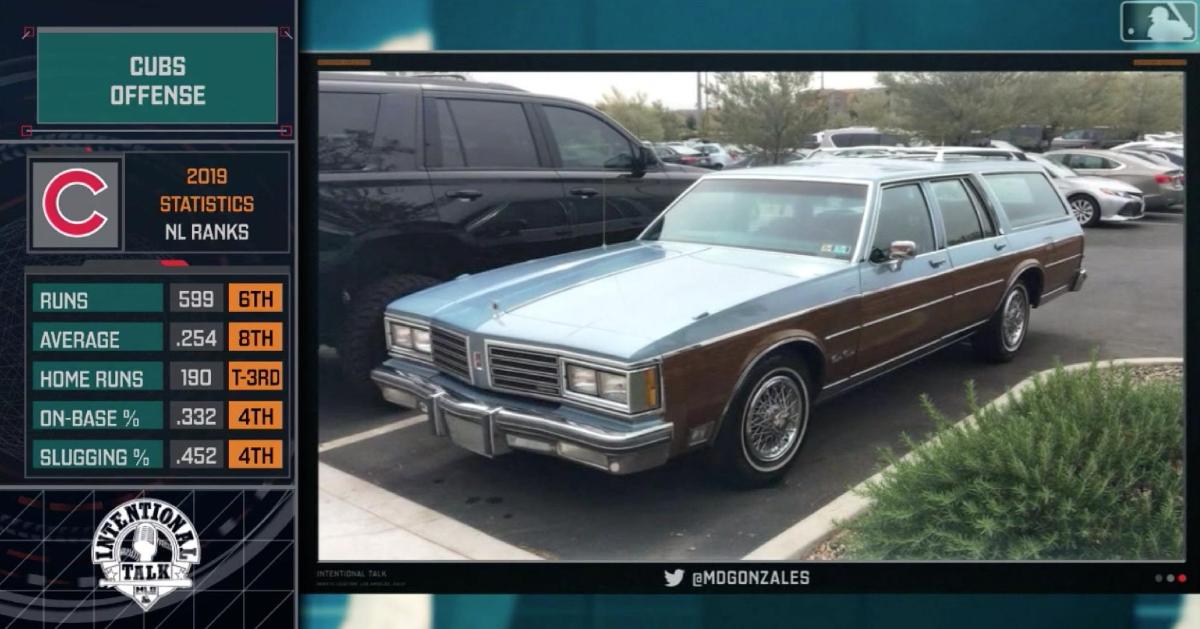 PITTSBURGH — Chicago Cubs manager Joe Maddon appeared on MLB Network's Intentional Talk on Friday and engaged in a comical, wide-ranging discussion with hosts Kevin Millar and Chris Rose. One of the interview topics centered upon the old-school station wagon that Maddon drove to spring training earlier this year.

Back in February, Maddon rolled up to the Cubs' Arizona facility in a 1985 Oldsmobile Custom Cruiser that he is very proud to own. Maddon revealed to Millar and Rose that he is a big fan of classic automobiles, and he discussed the modifications that he has made to beautify his station wagon. In addition, Maddon propositioned for chrome bumpers to make a comeback and reminisced about how vehicles used to be constructed.