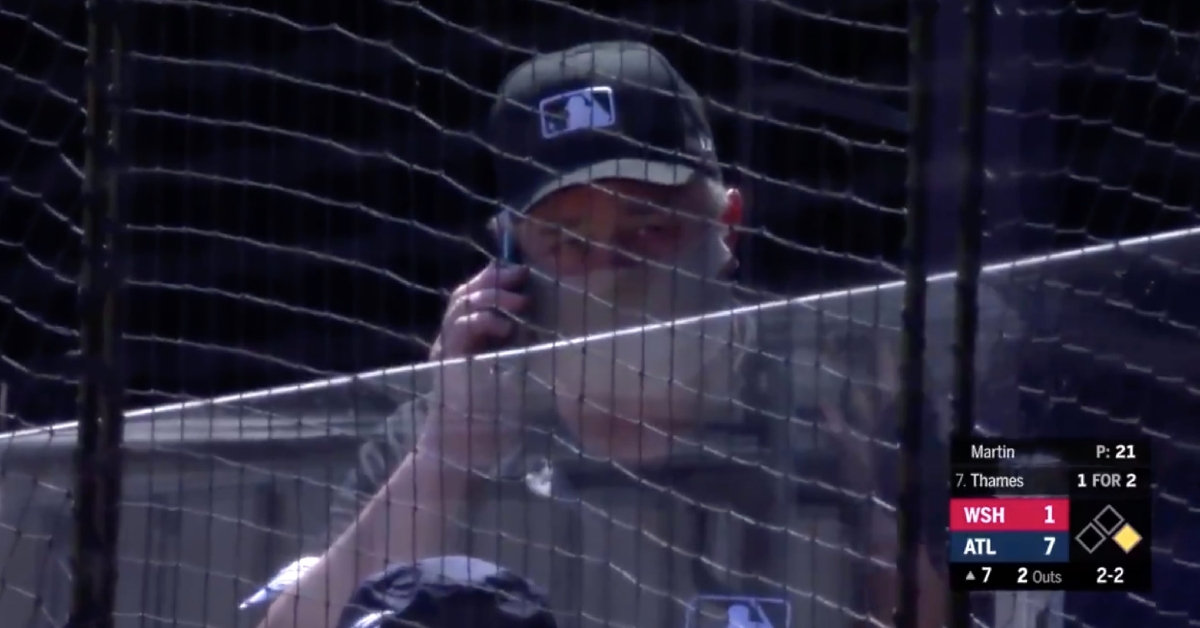 Joe West channeled his inner "Karen" by snitching on the Nationals' general manager for not wearing a mask.

ATLANTA — In the latest episode of grouchy umpire Joe West shifting his weight around to assert his superiority, "Cowboy Joe" had Washington Nationals general manager Mike Rizzo kicked out of a game at Truist Park for not wearing a mask. Mind you, Rizzo was standing all alone in a luxury suite in the upper deck and barking down at the umpires, but West saw to it that security escorted Rizzo out of the ballpark for breaking COVID-19 protocol.

Going full-blown "Karen," West paused the action on Sunday afternoon to call the Atlanta Braves' security team and snitch on Rizzo for not wearing a mask. Needless to say, if Rizzo had not been loudly voicing his displeasure with the umpiring, the odds of him getting turned in by West and his cronies would have been slim. West reminded everyone of why he is one of the most polarizing figures in MLB, though, resulting in a hilarious image of West chatting on a cell phone in a dugout while peering over the top of his mask.

Joe West calls security to get someone kicked out of the game. pic.twitter.com/pr9WYkYE1M

Mike Rizzo apparently was ejected from Sunday's matchup with the Braves. pic.twitter.com/NQFoF3Jiuj