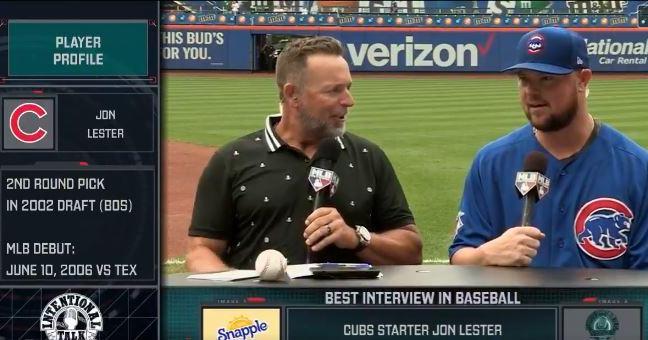 Chicago Cubs manager Joe Maddon and his players try to keep it fun during a long 162 game season by having the occasional themed-road trip.

Earlier in the year, players dressed up like Jon Lester and the veteran pitcher talked about his reaction to his teammates going full Lester.

"It was cool, Lester said in the following video. "It was fun to see the guys get into it. I think that is why Joe loves it so much. Guys put time into it and they put effort. It was nice to see guys dress up in sports coats and look nice."

Which teammate did @JLester34 think had the best outfit on the @Cubs' "Dress Like Jon Lester" road trip?

Check out the full interview and hear more from the lefty on Wednesday's #MLBCentral!