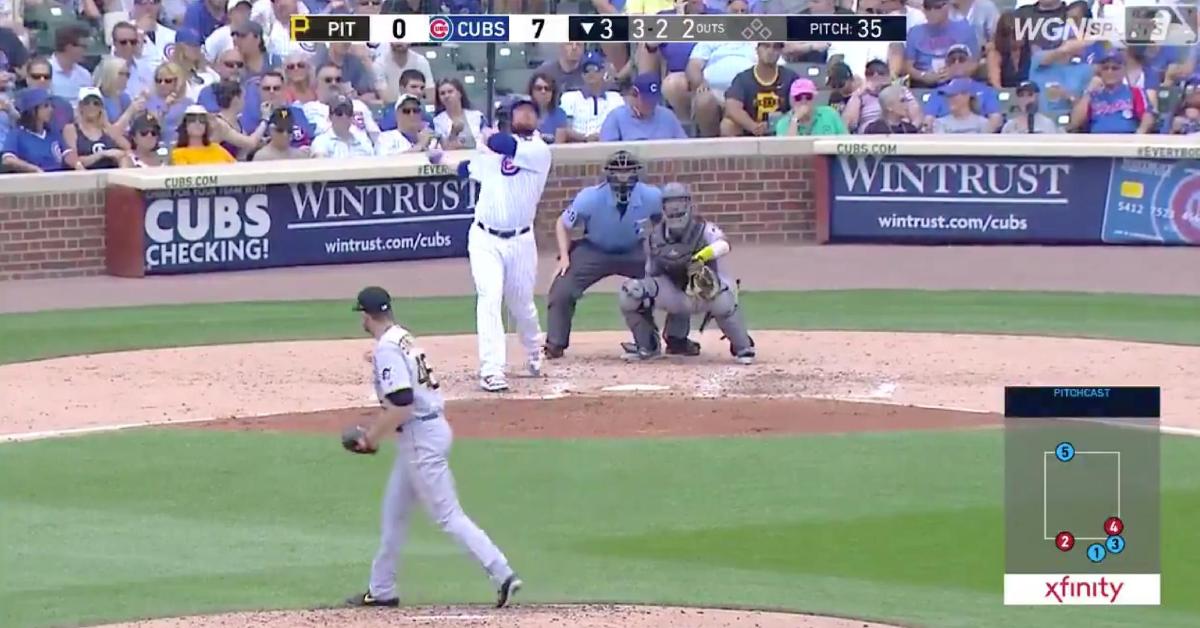 Jon Lester went yard for the first time in 2019 with a solo shot against the Pirates on Saturday.

CHICAGO — Going yard for the first time this season, Chicago Cubs starting pitcher Jon Lester hit a solo home run against the Pittsburgh Pirates on Saturday. After smacking a 2-run double to deep left in the bottom of the first, Lester connected for a dinger in his next at-bat, which took place in the bottom of the third.

The solo shot carried 376 feet out to left-center at Wrigley Field, putting the Cubs up 8-0. The moonshot off Pirates reliever Chris Stratton boasted a steep launch angle of 39 degrees. Entering the game with two RBI on the year, Lester increased his RBI tally to five in his first two plate appearances of Saturday's contest. The veteran left-hander has now homered in each of the last three seasons.