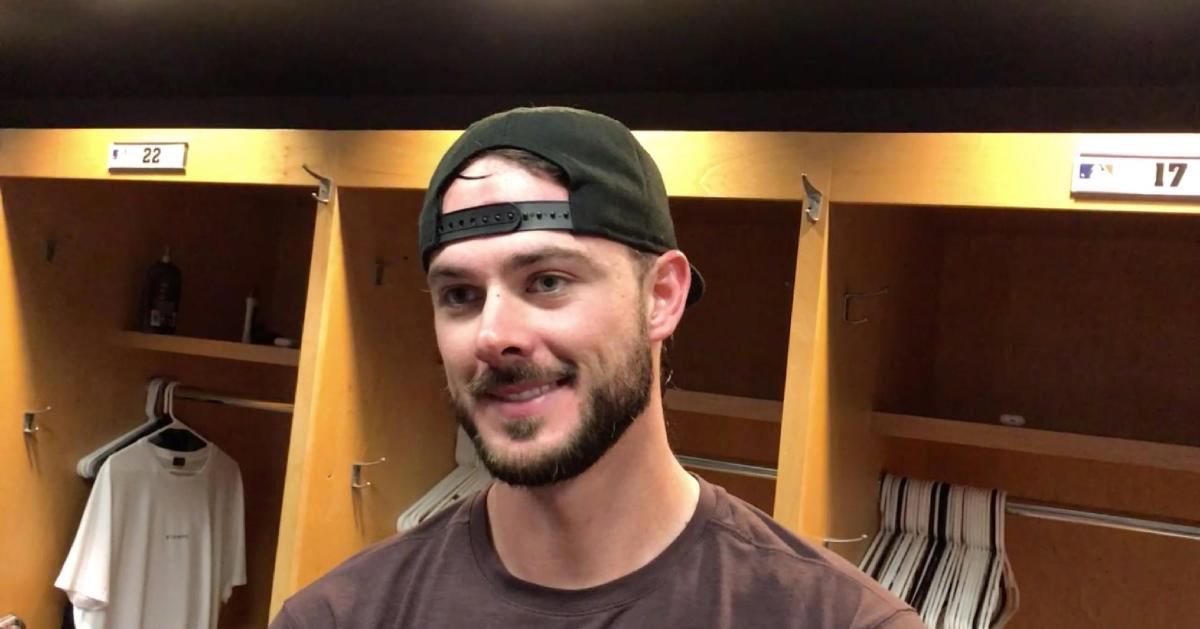 Kris Bryant spoke to the media about how much of a relief it was for Jon Lester to escape both jams brought on by Bryant's two errors.

PITTSBURGH — In the top of the seventh on Saturday, Chicago Cubs third baseman Kris Bryant redeemed himself in a major way after suffering two errors earlier in the contest. Bryant smacked a go-ahead home run that proved to be the winning hit, as it put the Cubs up 1-0 in their eventual 2-0 victory over the Pittsburgh Pirates.

"Obviously, the home run's great," Bryant said when speaking with reporters after the game, "but when you make an error and your pitcher gets you out it, that feels even better."

While neither error resulted in the Pirates manufacturing runs, the blunders did place Cubs starting pitcher Jon Lester into sticky situations. Bryant talked about how relieved he was for the gaffes to not impact the score, and he praised Lester and the Cubs' bullpen for solid pitching efforts.

"Our bullpen did great," Bryant said. "Tyler (Chatwood) did great. Rowan (Wick) with his first save. That was a big win for us."