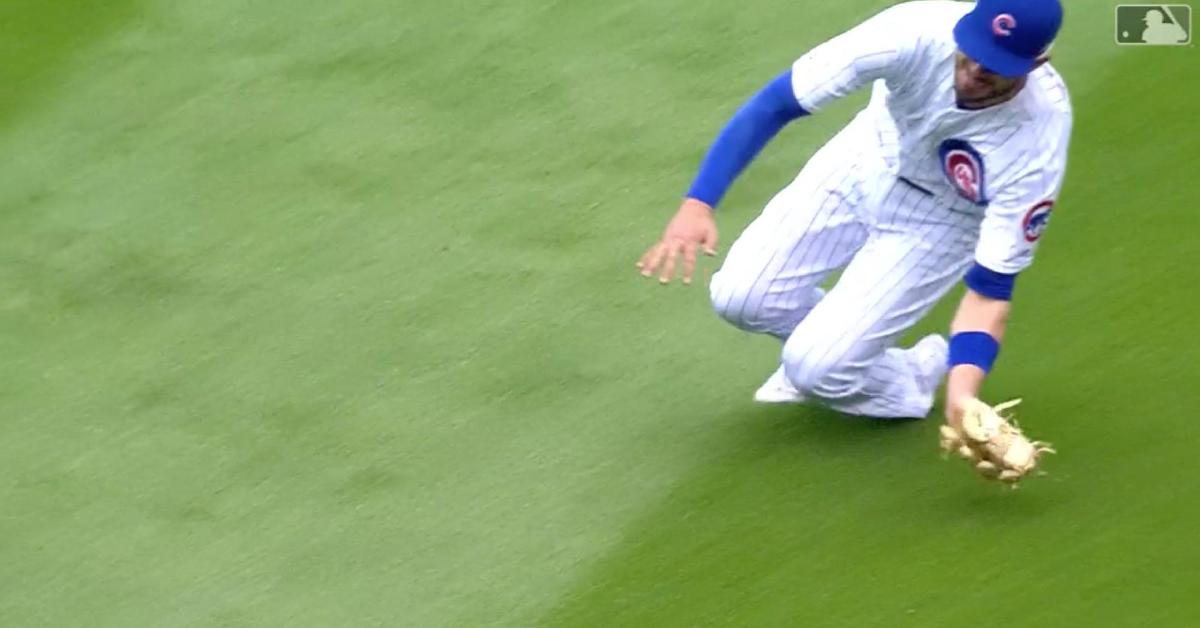 Kris Bryant made this catch just in the nick of time and potentially prevented a run from scoring in the process.

CHICAGO — Starting in right field on Friday afternoon, the Chicago Cubs' Kris Bryant flashed the leather when he gloved an impressive inning-ending catch against the New York Mets. Potentially saving a run, Bryant laid out for a diving grab that robbed Mets shortstop Adeiny Hechavarria of a 2-out bloop hit in the top of the fourth.

A man was on first base at the time, meaning that a run could have scored had Bryant come up short on his diving attempt. Instead, Bryant's maximum effort paid off, with the third baseman by trade showing off his defensive skills in the outfield. Reaching down to snag the baseball just before it hit the ground, Bryant proceeded to take a tumble and slide on the grass but was able to hang on to the ball.