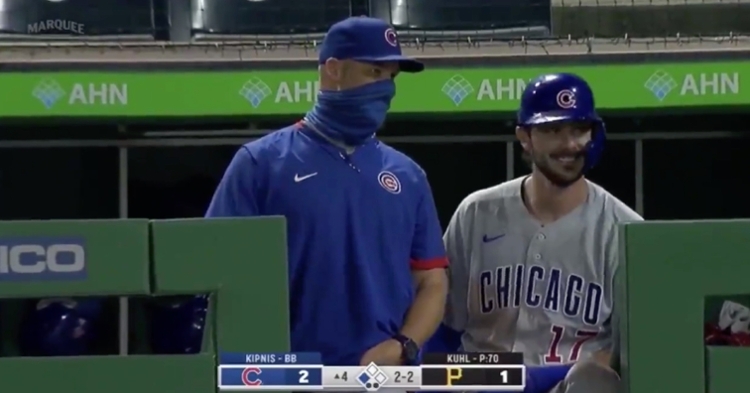 Kris Bryant could not help but laugh at David Ross' fiery exchange with an umpire.

PITTSBURGH — Chicago Cubs manager David Ross avoided a suspension after getting ejected for arguing with an umpire Saturday night, but he pressed his luck again on Tuesday night. This time around, Ross was not tossed, but whatever he shouted through his gaiter provided Cubs third baseman Kris Bryant with a hearty laugh.

In the top of the fourth of the Cubs' matchup with the Pittsburgh Pirates at PNC Park, Ross and the home plate umpire shared some choice words over a strike call that Ross did not agree with, and Bryant was perfectly positioned beside Ross so that he could hear the whole exchange. Bryant was removed from the injured list and added to the active roster earlier in the day, so, since he was not present for Ross' ejection on Saturday, he seemed to enjoy witnessing the fiery side of his new skipper up close and personal.

Kris Bryant’s reaction to Ross having some words with the home plate ump ?????? pic.twitter.com/b3OKOtCdB4