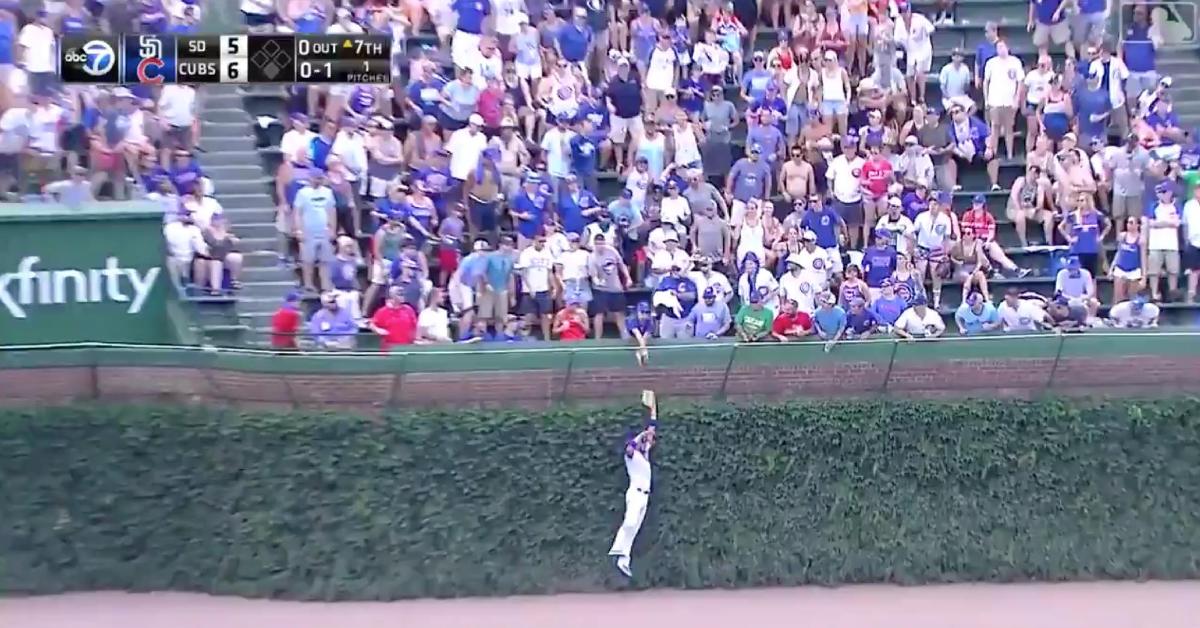 Kris Bryant showed off his hops by making a nice leaping snag at the wall.

CHICAGO — The wind blowing in at Wrigley Field aided the Chicago Cubs during the top of the seventh on Saturday. San Diego Padres third baseman Manny Machado skied a towering fly ball to deep left field that nearly went out for a home run. Instead, the baseball descended right in front of the left-field wall and into the glove of the Cubs' Kris Bryant, who started in the outfield on the day.

Bryant was was moved from right field to left field earlier in the game, and it paid off for the Cubs, as the tall third baseman by trade was able to pull off a stellar leaping catch that resulted in him colliding with the wall. Bryant was able to hang on, though, robbing Machado of an extra-base hit. The wind began to blow into the stadium not long before the seventh inning began, and the good fortune helped the Cubs cling to their 6-5 lead.