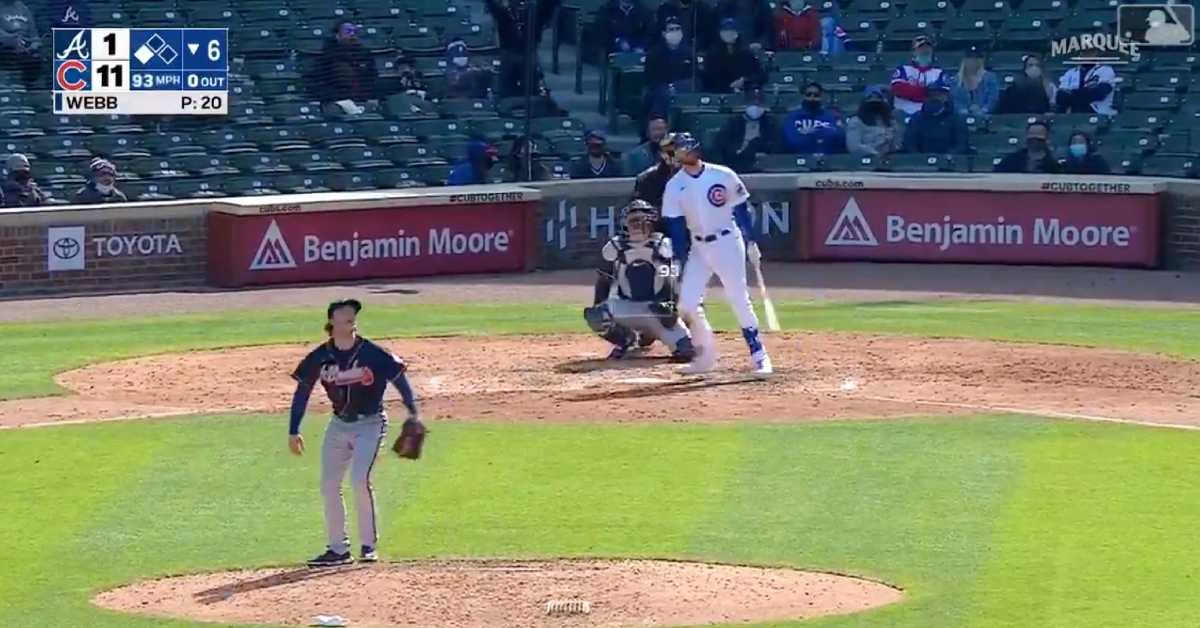 Kris Bryant's second home run on Saturday was the Cubs' sixth long ball of the matchup.

CHICAGO — Continuing with the theme of Chicago Cubs batters raking against Atlanta Braves pitchers on Saturday, third baseman Kris Bryant lifted his second home run of the afternoon into the left field seats on Saturday. The 395-foot two-run blast marked the Cubs' sixth homer of the game and put the Cubs up 13-1 at Wrigley Field.

In his previous at-bat, Bryant smacked a two-run dinger that plated first baseman Anthony Rizzo. He repeated that feat by bringing Rizzo across with a two-run rainmaker in the sixth inning. Rizzo tripled in his sixth-inning plate appearance.

The fifth home run of the year for Bryant, the sixth-frame tater to left came on a 93.4-mph four-seamer thrown by reliever Jacob Webb, who also got taken deep in the fifth inning. Bryant's second jack of the contest featured a 103.6-mph exit velocity and 31-degree launch angle.