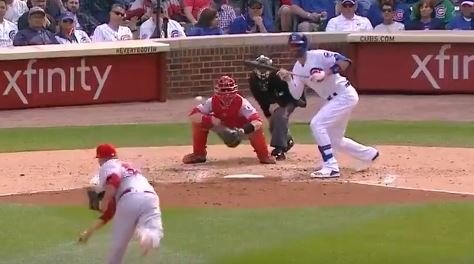 The Cubs are having a hard time scoring as of late.

During Monday's game against the Angels, slugger Kris Bryant laid down a bunt down the third base line for a bunt single which was the first of his career. Yes, you read it right as KB really did bunt.

It appears that everything offensively is on the table now that the Cubs are having trouble scoring.

Check out the video evidence below: