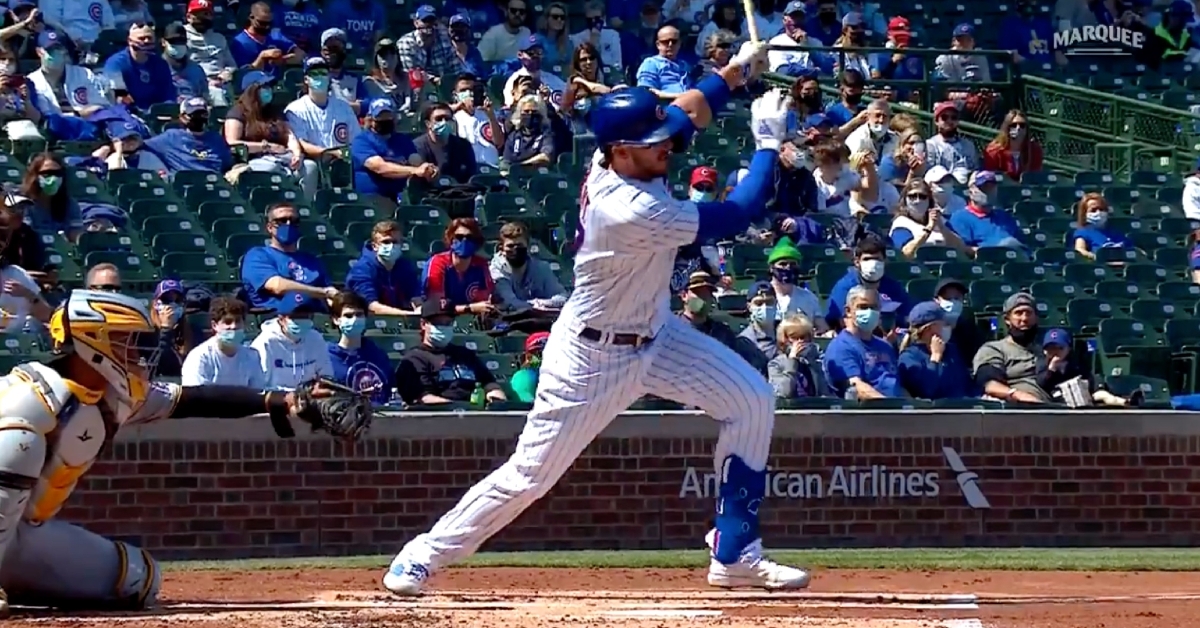 Kris Bryant sent a hard-hit RBI base knock to the opposite field.

CHICAGO — Putting the Chicago Cubs on the scoreboard with an RBI base knock, third baseman Kris Bryant rocketed an opposite-field single in the first inning at Wrigley Field on Sunday. Bryant plated center fielder Ian Happ against the Pittsburgh Pirates, making the score 1-0.

Bryant's single to right-center was scorched off the bat. According to Statcast, it marked the hardest-hit ball sent to the opposite field by Bryant since an opposite-field home run he hit on May 21, 2017. Pirates starter Mitch Keller gave up the base hit, which gave Bryant his second RBI of the season.