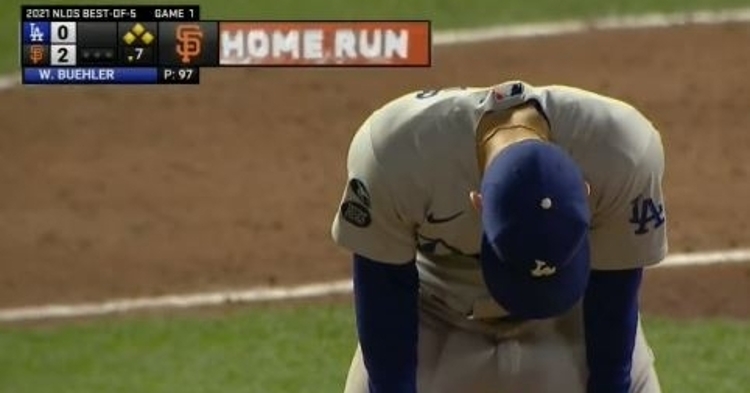 Bryant made the Dodgers sad after the homer

Another former Cubs star is hitting dingers in the postseason.

First, it was Kyle Schwarber, then Anthony Rizzo, and now KB.

San Francisco Giants third baseman Kris Bryant was three-for-three and had a homer in his team's win over the Dodgers in Game 1 of the NLDS playoffs.

It was only Bryant's second home run since August 26.

Former Cubs Tommy La Stella and Bryant were a combined 5-5 with a walk and a homer during the contest.

Kris Bryant hits a solo HR in Game 1 of the #NLDS to put @SFGiants up 3-0 in the 7th over @Dodgers.#KrisBryantIsAWinner pic.twitter.com/EheG375tCR