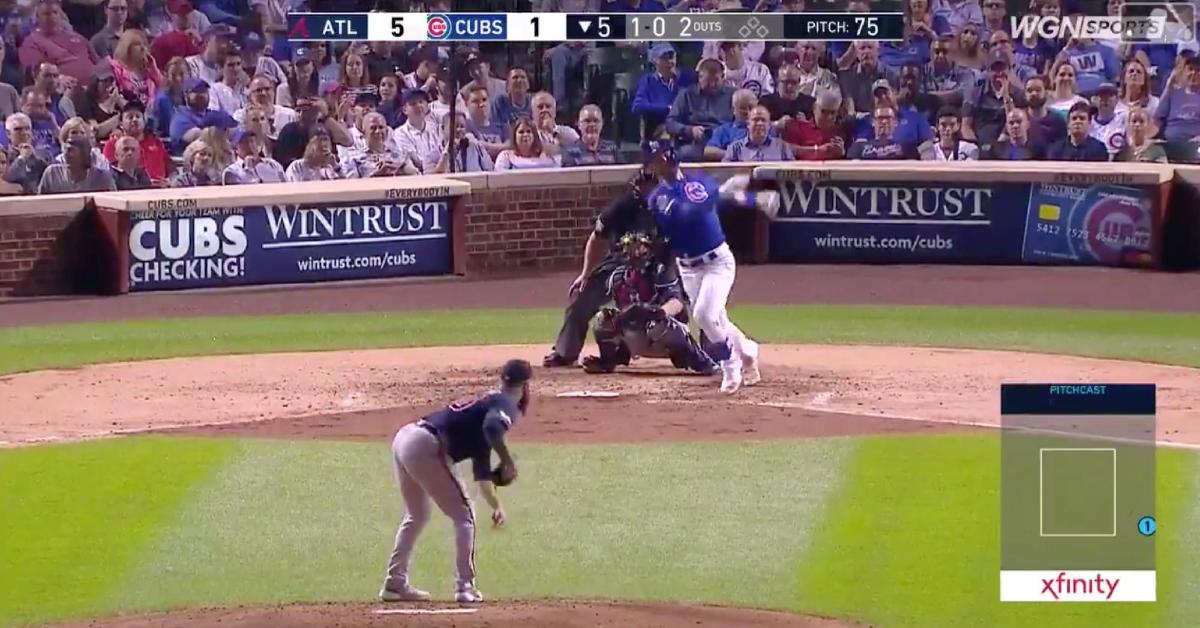 Kris Bryant drilled a 429-foot dinger that hit the video board at Wrigley Field.

CHICAGO — Grazing the bottom of the video board beyond left field at the Friendly Confines, Chicago Cubs third baseman Kris Bryant hammered a monstrous solo home run on Wednesday. Decreasing the Cubs' deficit against the Atlanta Braves to three runs, Bryant plowed a 429-foot dinger in the bottom of the fifth to make the score 5-2.

Braves starting pitcher Dallas Keuchel, who was taken deep by Cubs catcher Willson Contreras in the previous inning, gave up his second long ball of the night at Wrigley Field, with his 85-mile-per-hour cutter getting sent out by Bryant. Bryant's 16th homer of the year sported an exit velocity of 104 miles per hour and a launch angle of 33 degrees. Bryant has now reached base safely in 23 straight games as part of his second on-base streak of 20-plus games this season.

.@KrisBryant_23 has reached base safely in 23 straight games.