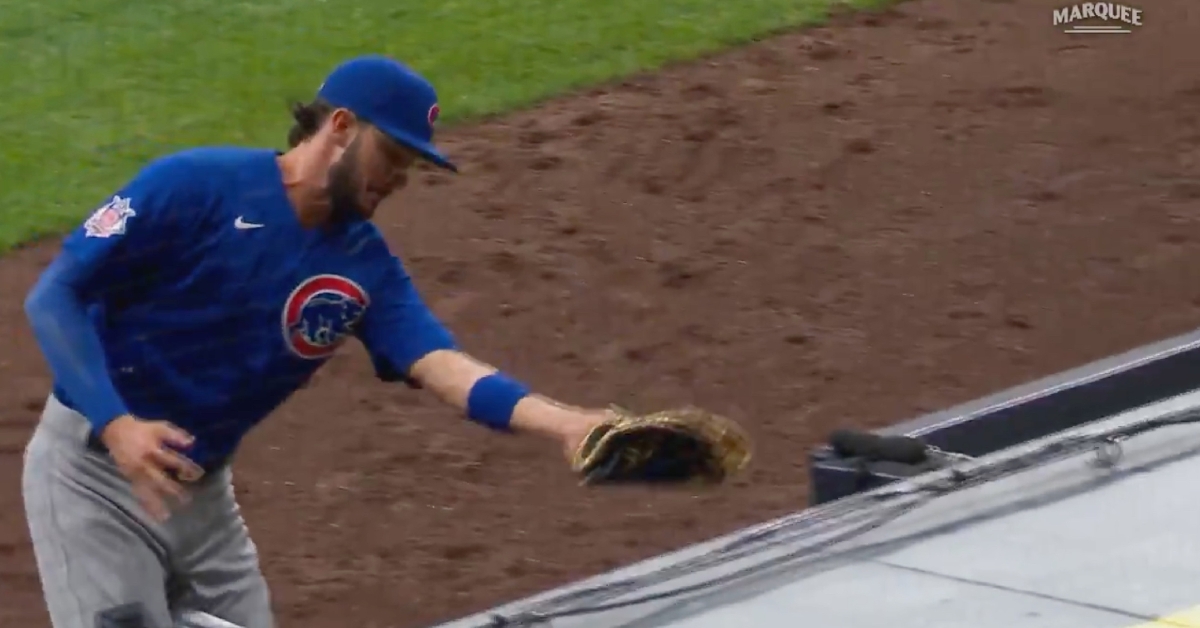 Kris Bryant was able to hang onto the ball when his momentum carried him down the dugout steps.

MILWAUKEE — Starting at first base in place of the injured Anthony Rizzo on Monday, Kris Bryant took a page out of Rizzo's book by playing spectacular defense. Three plays, in particular, made for noteworthy moments, specifically Bryant hauling in a foul ball and proceeding to jog down the dugout steps.

In the bottom of the fifth, Bryant caught a popup near the Milwaukee Brewers' dugout at American Family Field. As a result, shortstop Willy Adames fouled out, but Bryant's momentum carried him down the dugout steps and out of play. Therefore, left fielder Christian Yelich, who was on first base at the time, was granted second base.

The Brewers failed to score in the fifth inning, though, and they also failed to score in the bottom of the seventh, thanks in large part to Bryant's defense. In addition to bailing reliever Andrew Chafin out with an impressive pick of a bounced throw to first, Bryant also ended the inning by laying out and robbing catcher Omar Narvaez of a hit. The diving stop and ensuing putout at first left Adames stranded and ushered in the eighth frame with the game tied 4-4.