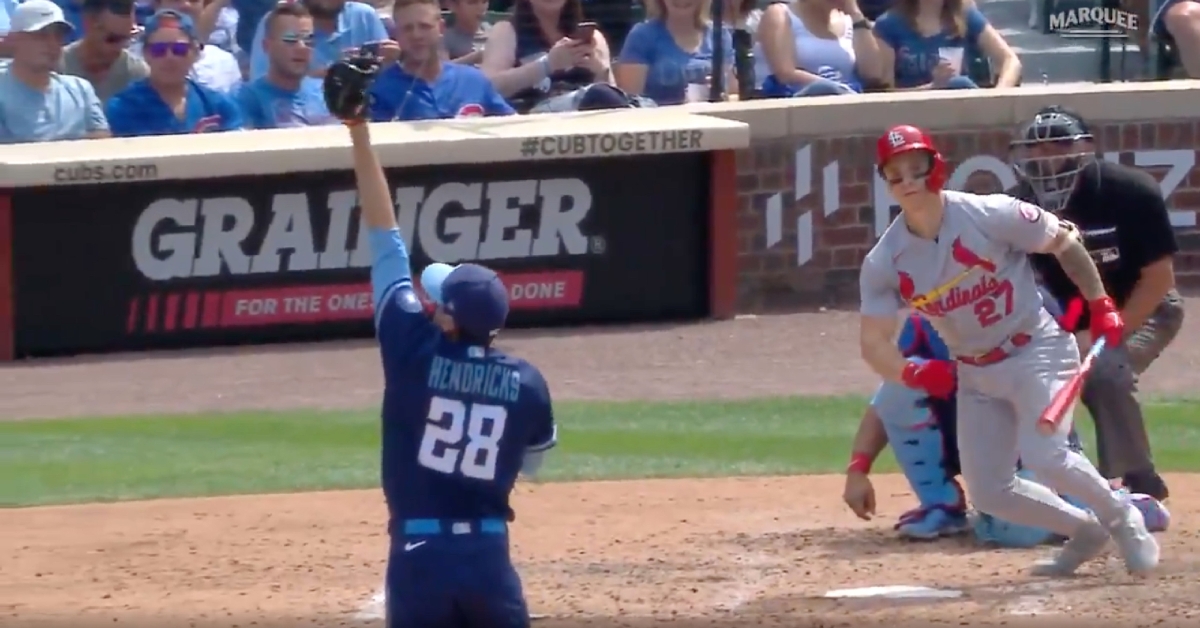 CHICAGO — Even the perpetually stoic Kyle Hendricks could not help but smile after showing off his hops while making an inning-ending leaping catch on Friday. With the Chicago Cubs in front of the St. Louis Cardinals 4-2, Hendricks snagged a pair of comebackers in the top of the fifth.

The ace right-hander displayed his athleticism and excited the crowd at Wrigley Crowd by flashing the leather twice in the same inning. Hendricks began the fifth frame by gloving a hard-hit liner belted directly at him off the bat of right fielder Dylan Carlson, with NHL commentator Eddie Olczyk providing play-by-play of the web gem while being interviewed by reporter Taylor McGregor on Marquee Sports Network.

Like a true sportscaster, Eddie stops to make the call. pic.twitter.com/baLFO1tJFL

Soon afterward, Hendricks ended the inning by jumping up and pulling down a line drive hit by left fielder Tyler O'Neill. Hendricks saved a run from scoring by hauling in the liner, as first baseman Paul Goldschmidt, who doubled earlier in the inning, was at third base at the time. Flashing a wry smile after perfectly executing the leaping grab, Hendricks was understandably amused by having the opportunity to catch not one but two comebackers just a few at-bats apart.