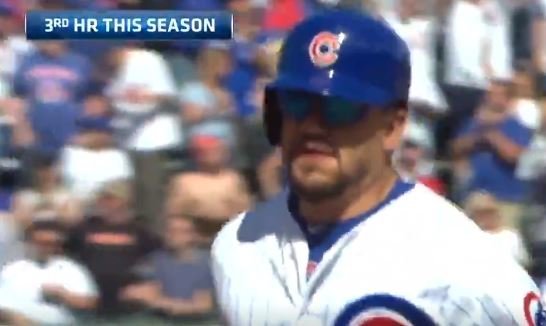 It's a home opener party so far at Wrigley Field.

Cubs outfielder Kyle Schwarber smacked a two-run homer to left center to put the Cubs up 10-0 in the fourth inning against the Pirates on Monday afternoon.

It was Schwarber's third homer of the season which went an estimated 411 feet with an exit velocity of 110 MPH.

Cubs manager Joe Maddon has been somewhat hesitant to play him against lefties but the homer was an opposite-field blast off of a southpaw.

In 2018, it took Kyle Schwarber until September 23rd to homer off a lefty.

His homer today was off a lefty, and it's only April 8th. #Cubs