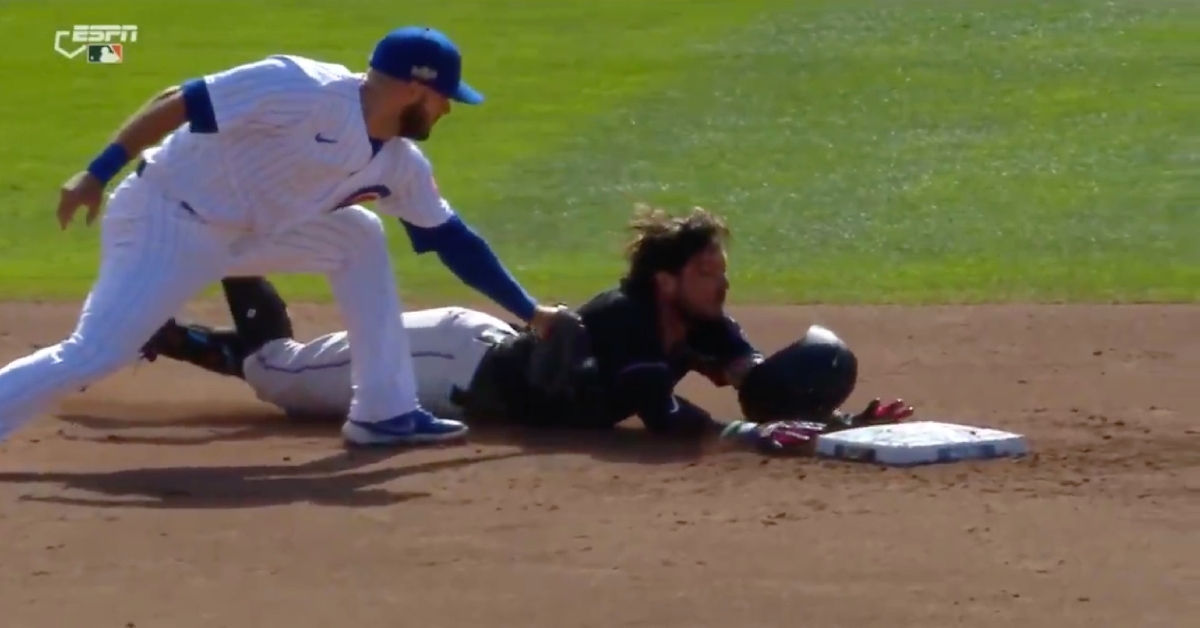 CHICAGO — In the inning that followed the Chicago Cubs costing themselves with a questionable baserunning decision, the Miami Marlins hurt their chances of scoring the first run of Friday's game via a questionable baserunning decision. Marlins second baseman Miguel Rojas was gunned down at second base by Cubs left fielder Kyle Schwarber when he probably should have settled for a single, rather than trying to leg out a double.

With one out in the top of the fifth at Wrigley Field, Rojas rocketed a deep drive to left-center that Schwarber was quick to field after it bounced off the wall. Schwarber fired a dart to second baseman David Bote, who applied the tag. Rojas was initially called safe, but a Cubs challenged resulted in Rojas being called out. The Marlins failed to score in the inning, keeping Game 2 of the Wild Card Series tied 0-0.

After getting a strikeout to end the inning, Yu Darvish waited at top of the dugout to give Kyle Schwarber and Jason Heyward high-fives for their defensive plays that saved him a run. #Cubs