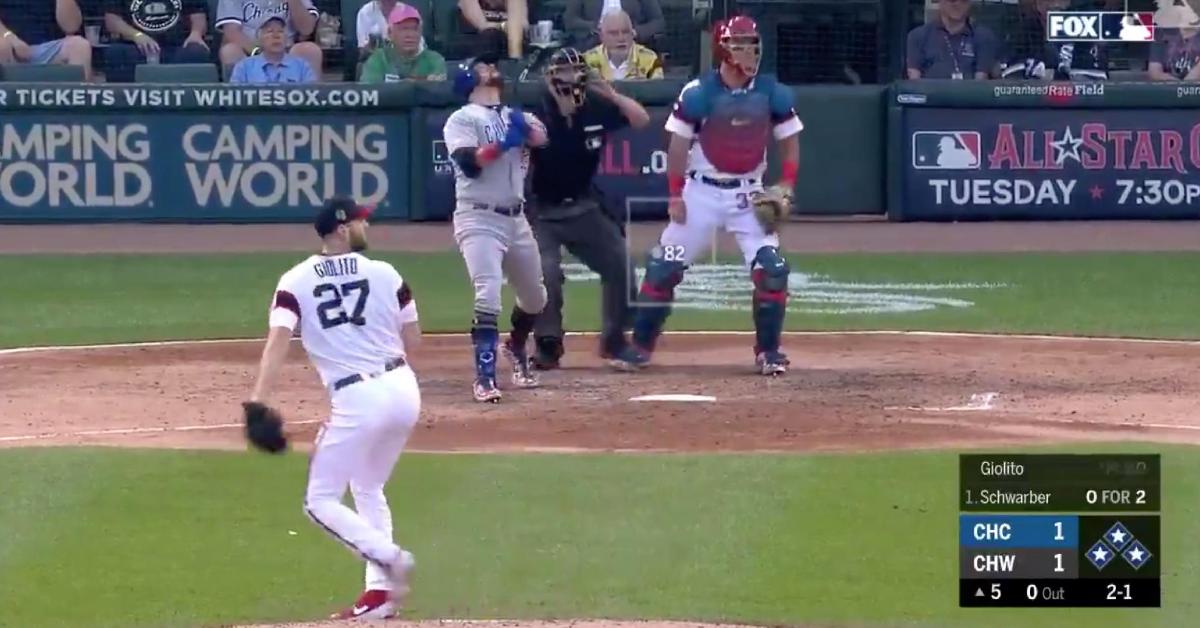 What turned out to be a double was initially thought to be a foul ball by the player who hit it.

CHICAGO — Luck was on the side of Chicago Cubs left fielder Kyle Schwarber on Saturday. With the Cubs taking on the Chicago White Sox, Schwarber tabbed a rather unorthodox double after thinking that he had fouled the pitch off. The go-ahead double put the Cubs up 3-1 in the top of the fifth at Guaranteed Rate Field.

Schwarber plated two runs with a bloop double hit near the left-field line when he hacked away at a changeup thrown by White Sox starting pitcher Lucas Giolito. Initially, Schwarber assumed that he had fouled the baseball off and was seen scanning for it in the stands. Instead, the ball descended into fair territory for an opposite-field double. After sliding in safely at second base, Schwarber could not help but smile and shake his head over his unforeseen 2-bagger.