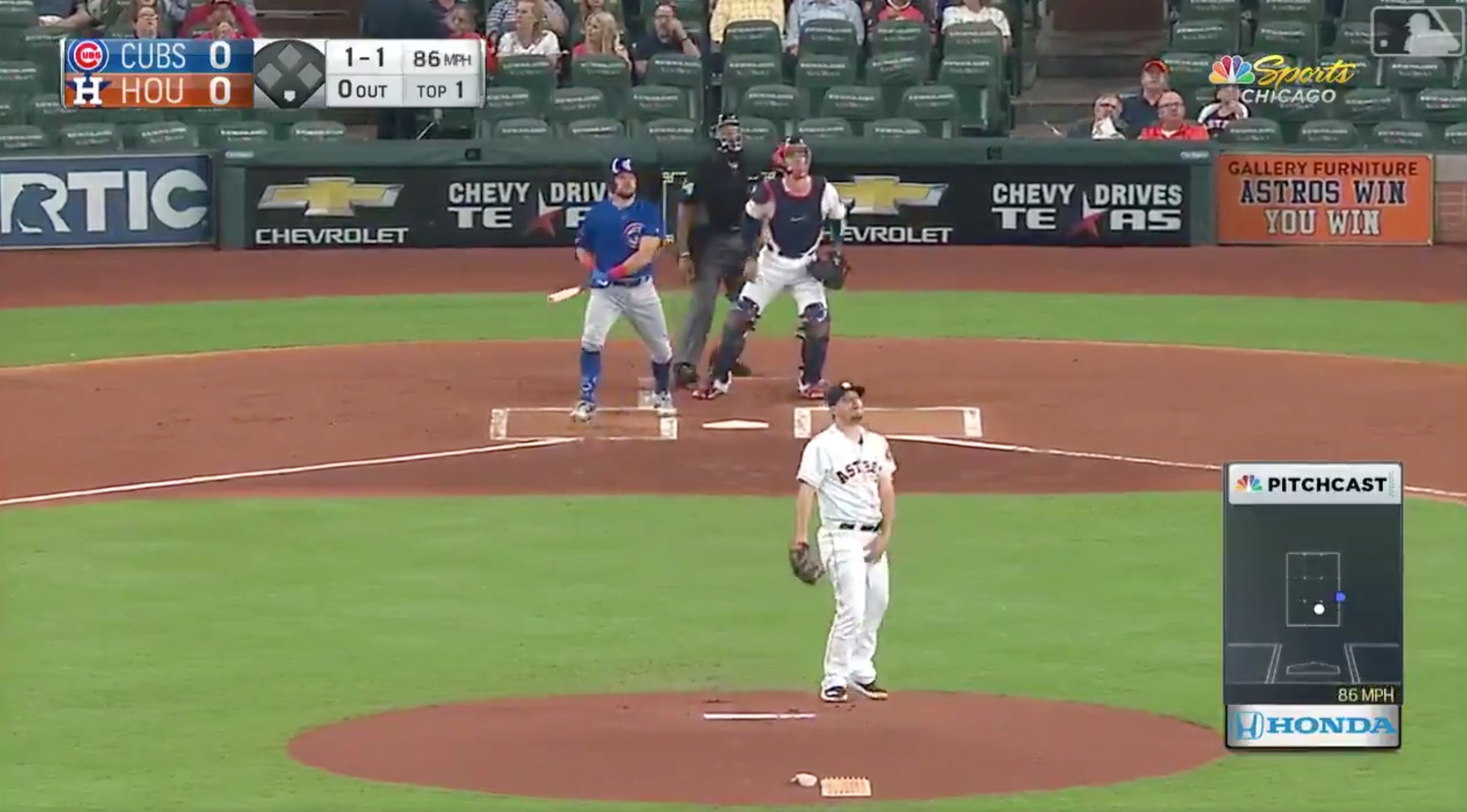 For the first time in his career, Chicago Cubs left fielder Kyle Schwarber hit a home run to open up a game on Wednesday. Kicking off the Cubs' matchup against the Houston Astros with his 10th homer of the season, Schwarber went yard for the second straight night against the Astros and gave the Cubs an early 1-0 lead. The 369-footer went out beyond left-center field at Minute Maid Park and confused Schwarber in the process.

Playing in an unfamiliar ballpark, Schwarber, who was not positive that he had gone yard until he received confirmation from an umpire while rounding second base, was a bit miffed by the unorthodox layout of the outfield at the Astros' ballpark and therefore not certain when his dinger landed in a nook of the seats in left-center. The jack left the bat at 101 miles per hour and came on a cutter thrown by Astros pitcher Wade Miley. It marked the 50th home run of the month for the Cubs, which is a club record. The 48-homer mark that the Cubs reached in August of 2017 was the previous high.