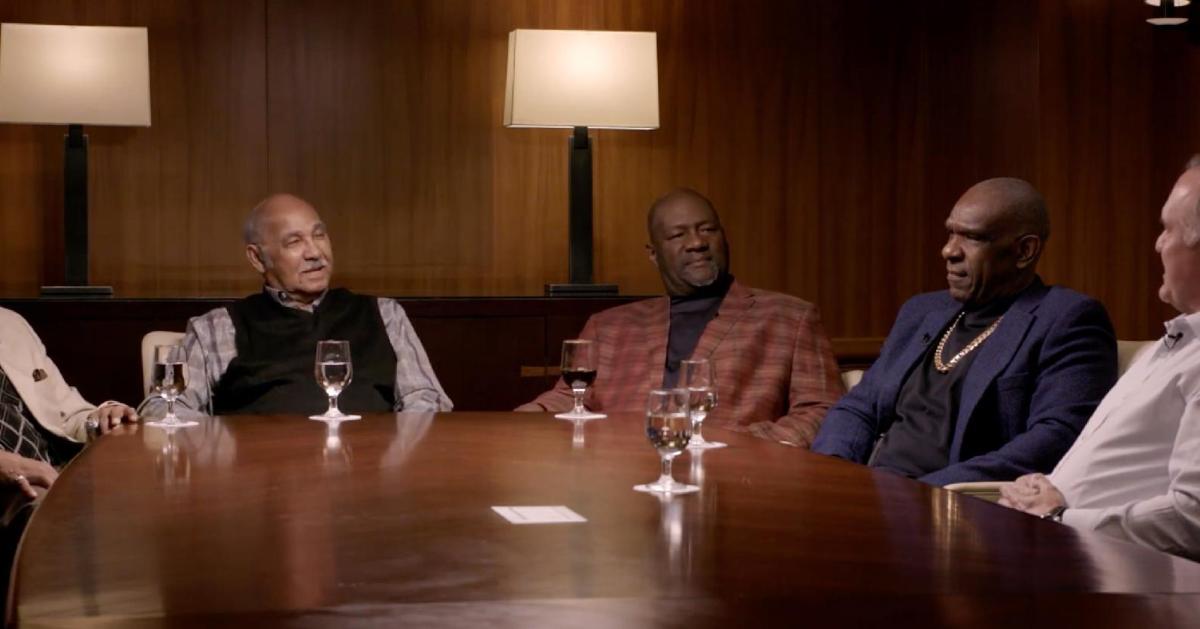 Lee Smith (center) took part in a roundtable discussion with a select group of other Chicago Cubs legends.

In honor of former Chicago Cubs closer Lee Smith being inducted into the Baseball Hall of Fame on Sunday, the Cubs' social-media team put together a video featuring other all-time Cubs greats who have already been enshrined at Cooperstown congratulating Smith on his achievement and lauding him for his fantastic career. Andre Dawson, Ferguson "Fergie" Jenkins, Ryne Sandberg and Billy Williams, each of whom will be in attendance when Smith is enshrined, passed along a congratulatory message to Smith, as did former skipper Joe Torre, who managed Smith when he pitched for the St. Louis Cardinals.

Earlier in the week, Smith sat down with the aforementioned Cubs icons in a roundtable discussion centered upon Smith's upcoming induction. Smith reminisced with Dawson and Sandberg, in particular, about their days spent playing together for the Cubs in the 1980s. The conversation between the handful of Cubs legends included amusing anecdotes and heartfelt talks concerning the impact of playing professional baseball. Smith also touched on what it meant to him to know that he be joining his baseball role models in the Hall of Fame.