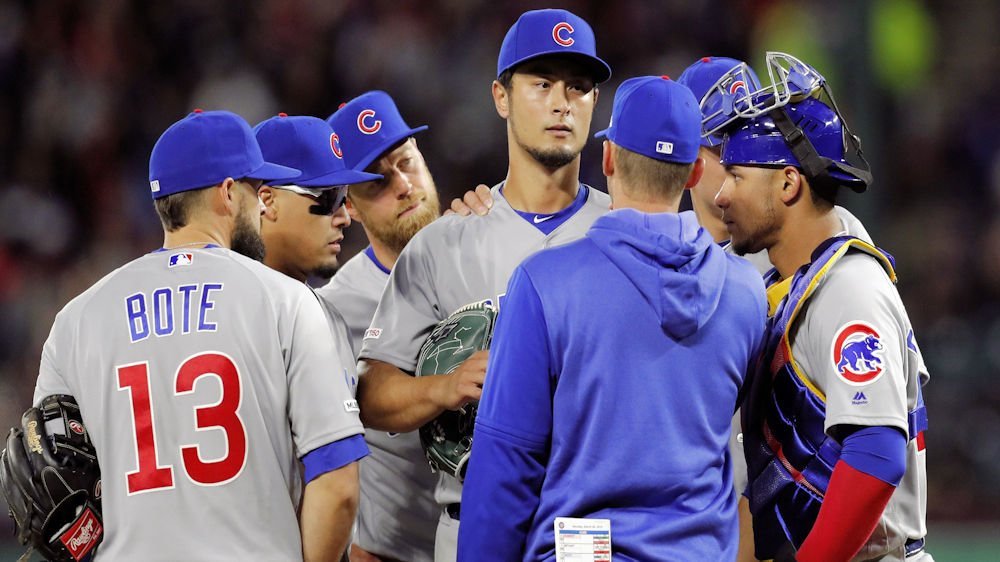 It was an interesting performance as he threw 57 pitches before a ball was ever put into play which might be an MLB record (never been tracked officially).

Cubs manager Joe Maddon said after the game that Darvish's pitches looked fine but he needs to locate the strike zone obviously to be successful.

"His stuff down there was really good, it is just about where it is going," Maddon said. "Great stuff, velocity was good, breaking ball was good. Everything was good; we just have to be in the strike zone a little more consistently because that kind of stuff definitely is gonna play post fifth inning, six or seventh inning stuff."

Darvish told reporters that he was healthy, just that he didn't perform well.

"I can't tell why right now," Darvish said taking the blame. "It was all about me."