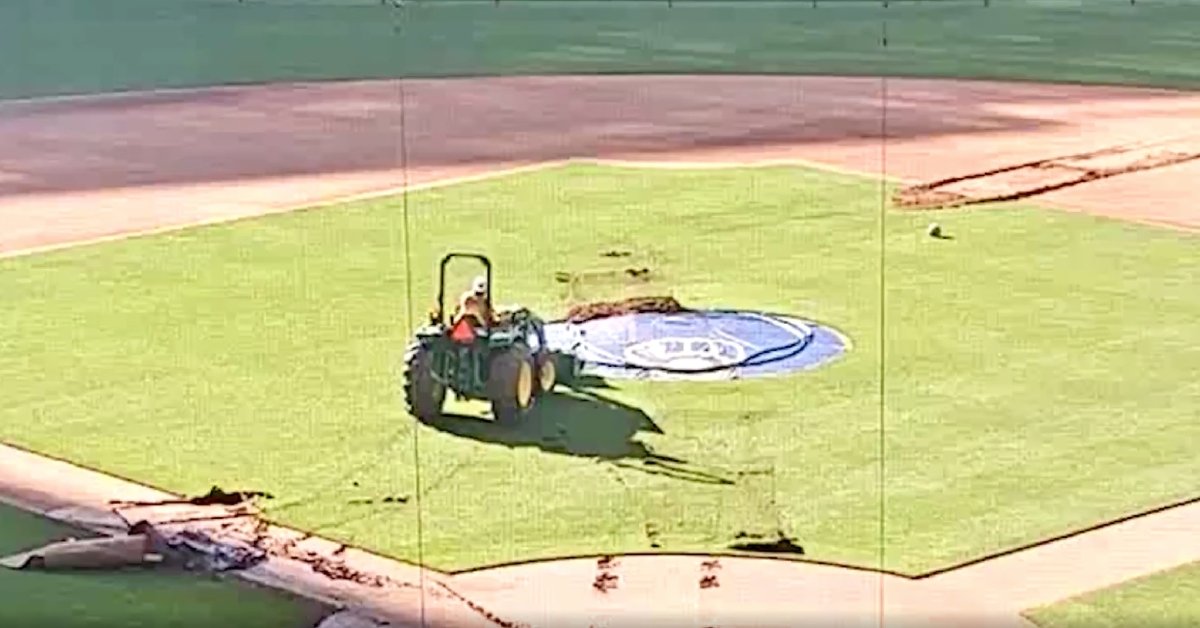 In a rather strange instance of vandalism, a man on a tractor attempted to carve his name into the infield grass at Miller Park.

MILWAUKEE — Footage has been released of a June incident involving a man who apparently had nothing better to do than attempt to write his name on the field at Miller Park using a tractor. With the Milwaukee Brewers' stadium locked up in the midst of MLB's shutdown, the individual broke in and drove a tractor used by the grounds crew onto the infield.

The incident caused $40,000 worth of damage, and the man, who has since been apprehended, was ordered by a judge to undergo a mental health evaluation. The footage indicates that the vandal was not particularly successful at carving his name into the grass before giving up and exiting the ballpark, making it a completely worthless venture.

WISN 12 just obtained video of a suspect who got into Miller Park in June & walked onto the field. He's accused of doing $40K in damage to the field with a tractor & allegedly attempted to use it to write his name. A judge has ordered him to undergo a mental health evaluation. pic.twitter.com/0dBqIk2DwV