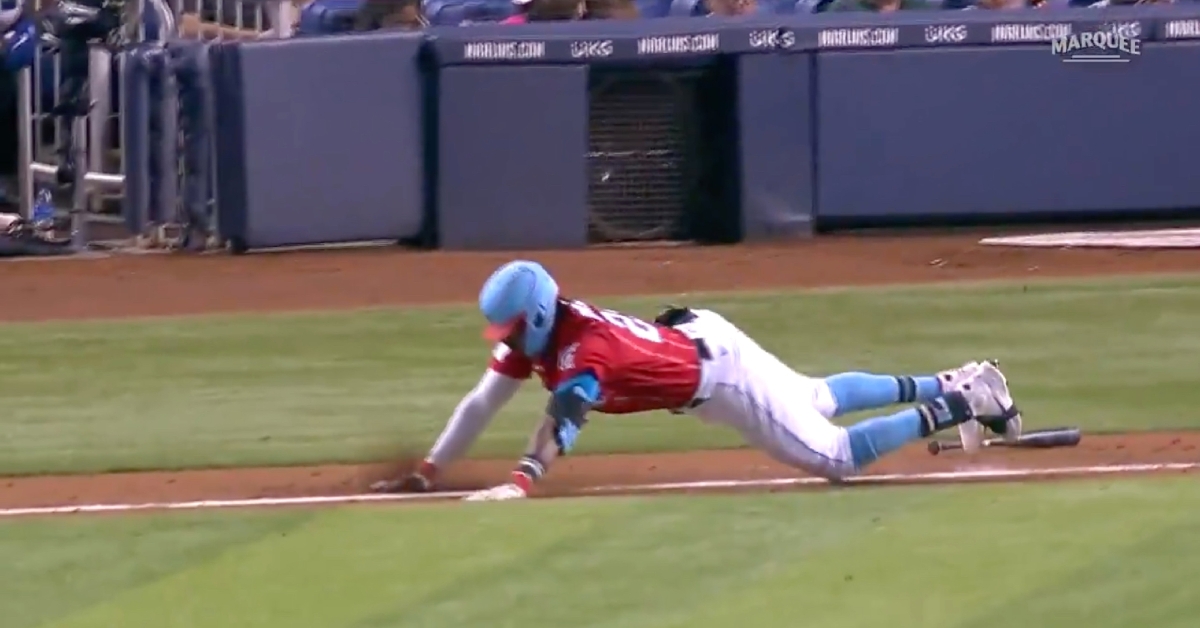 Lewis Brinson's bat enacted revenge after being violently thrown down by a frustrated Brinson.

MIAMI — Although the Chicago Cubs committed four errors on Saturday night — while the Miami Marlins did not commit any — a blooper suffered by Marlins outfielder Lewis Brinson served as the most laughable mistake of the game. The Fish may have beaten the North Siders 5-4 at LoanDepot Park, but at least none of the Cubs' players tripped over their own bats, which is exactly what happened to Brinson.

Brinson slammed his bat down in frustration upon hitting a routine grounder that resulted in a 5-4-3 double play in the bottom of the fourth. However, he did not do a good enough job of ensuring that the bat would not bounce back in his direction. As a result, Brinson tripped over the bat and fell down while running to first base, resulting in an embarrassing gaffe that overshadowed the double play groundout.