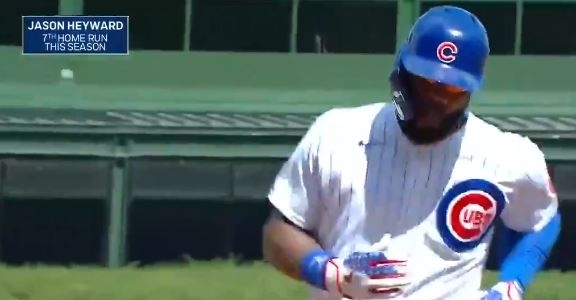 It's looking good on Sunday as the Chicago Cubs are trying to win six straight to extend their best streak in baseball.

In the second inning, second baseman Matt Duffy smacked a solo homer to tie things up against the Pirates at 1-1.

The homer traveled an estimated 384 feet.

It was Duffy's first homer since May 15 against the Detroit Tigers and his first career home run at Wrigley Field.

The next Cubs hitter up to bat was Jason Heyward and he also hit a homer that traveled an estimated 415 feet. The dinger put the Cubs up 2-1.

It was his first homer since July 16.

Check out their homers below:

Matt Duffy and J-Hey go back-to-back to put us in front! pic.twitter.com/Sjb7d0TXyQ