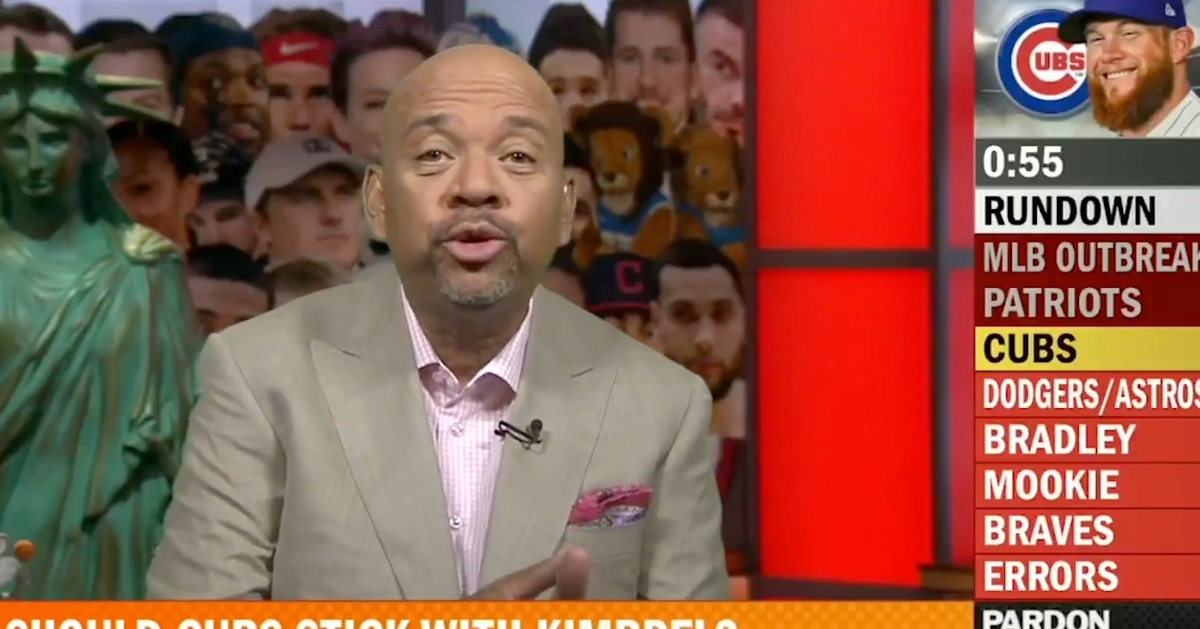 Cubs closer Craig Kimbrel has not lived up to the billing since joining the North Siders. (Credit: David Kohl-USA TODAY Sports)

Wilbon made the surprising revelation that he turned off the broadcast of Monday's Cubs game when Kimbrel was in the process of melting down in the bottom of the ninth. The Cincinnati Reds came to within one run of tying the Cubs in their 8-7 loss after trailing 8-1 at one point, and Kimbrel's meltdown was a major reason why.

Expressing his frustration with how lackluster the well-paid Kimbrel has been since joining the Cubs last season, Wilbon echoed a lot of Cubs fans' sentiments. There is growing frustration within the Cubs' fan base regarding Kimbrel's struggles, and Wilbon is far from the only fan of the North Siders to have trouble stomaching Kimbrel's latest performance.

I did something last night that I've probably only done 5 times in the 55-year history of my Cubs fandom—I turned the game off.

I feel bad for Kimbrel, but you can't have patience in a short season like this. pic.twitter.com/PCSm3h7M2h