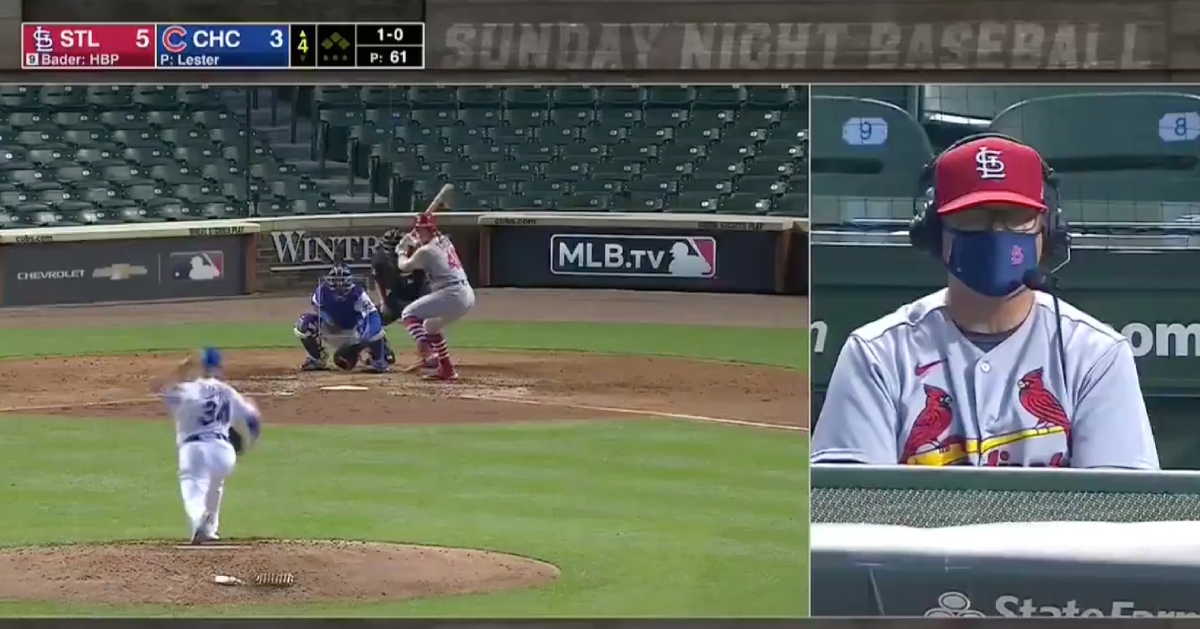 Cardinals manager Mike Shildt was quick to end an in-game interview after one of his players recorded a leadoff double.

CHICAGO — In the midst of the offensive slugfest that took place in the early innings at Wrigley Field on Sunday, a hilarious interview, or lack thereof, commenced. With the St. Louis Cardinals leading the Chicago Cubs 5-3 in the top of the fourth, Cardinals manager Mike Shildt abruptly ended his on-air interview with ESPN.

ESPN and other major sports networks are known for airing in-game manager interviews, and Shildt is clearly not a fan. After Harrison Bader hit a leadoff double for St. Louis to begin the top of the fourth, Shildt cut off broadcasters Matt Vasgersian and Alex Rodriguez, saying that he had "to go manage" mere moments after beginning the interview.

Vasgersian played it cool as Shildt snatched off the headset and returned his focus to the game. "A-Rod" and Vasgersian laughed about the incident, claiming that it might have been the shortest in-game managerial interview ever. Shildt was in the right to want to manage, though, as a leadoff double in an action-packed game is always pivotal. However, it is safe to say that the skipper probably does not have a broadcasting job waiting on him once he moves on from managing.

#STLCards manager Mike Shildt ending his interview after one question is one of the more savage moves of the year. Love it ??