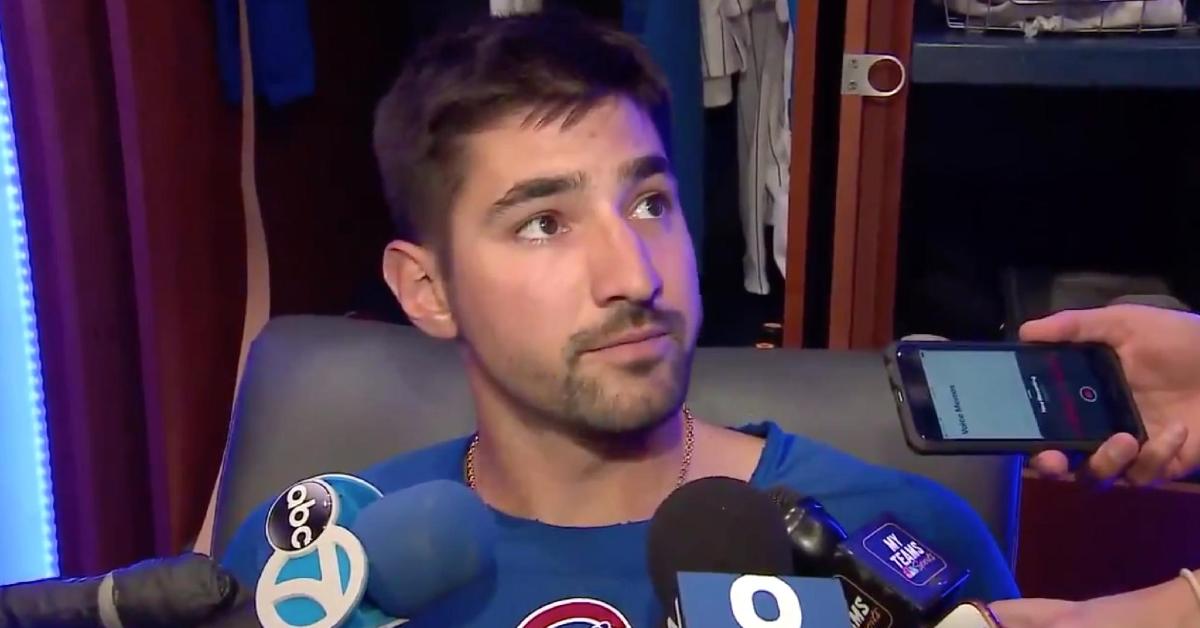 That was Chicago Cubs right fielder Nicholas Castellanos' hilarious response when a reporter questioned him on Tuesday about his belief that every day is Opening Day. The media caught wind that Castellanos regularly tells Cubs manager Joe Maddon, "Happy Opening Day." As a result, Castellanos fielded a question over his interesting outlook.

"Why is today not Opening Day?" the philosophical Castellanos asked the reporter. "If what has happened is a memory and what's going to happen is a thought, you're taking yourself out of right now. So, in that case, every day is Opening Day."

Castellanos constantly reminds Maddon that each and every game is the first game of the season, which led to Maddon commending Castellanos to the media for his refreshing approach to the game. After being acquired by the Cubs at the trade deadline, Castellanos has served as rejuvenating presence in the Cubs' clubhouse, as the outfielder who previously suited up for the lowly Detroit Tigers is clearly having the time of his life playing for a contending Cubs team.

"If what has happened is a memory and whats going to happen is a thought, you're taking yourself out of right now. So in that case, every day is Opening Day." pic.twitter.com/Sx8SeCzQIf