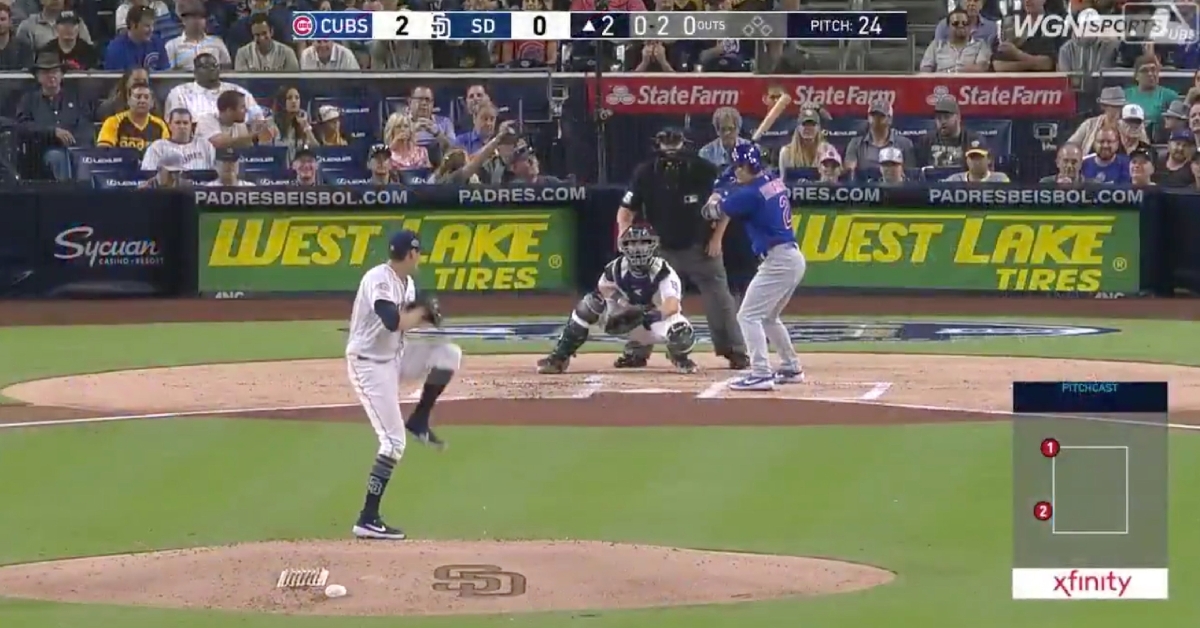 22-year-old shortstop Nico Hoerner reached base by way of a bloop single in his first-ever big-league plate appearance.

SAN DIEGO — After getting called up earlier in the day, promising Chicago Cubs prospect Nico Hoerner made his MLB debut on Monday night. In his first career at-bat, Hoerner reached base by way of a bloop single.

With the Cubs taking on the San Diego Padres at Petco Park, Hoerner, who started at shortstop, popped up a blooper that descended into shallow right field for a base hit to lead off the second frame.

Naturally, the baseball was tossed over to the Cubs' dugout for Hoerner to have a keepsake to commemorate the milestone. Cubs catcher Jonathan Lucroy decided to have a little fun with the situation, and he threw a decoy ball into the stands as if to make it seem that he discarded the souvenir.

Hoerner made the leap from Double-A ball to big-league ball because of injury issues on the Cubs' infield. The 22-year-old previously assumed that his next stop was the Arizona Fall League, but he was promoted on Monday morning, thus becoming a part of the North Siders' stretch run.

Hoerner: “It’s especially unique to debut with a team that’s actually trying to win. That’s probably the most exciting part of it.”