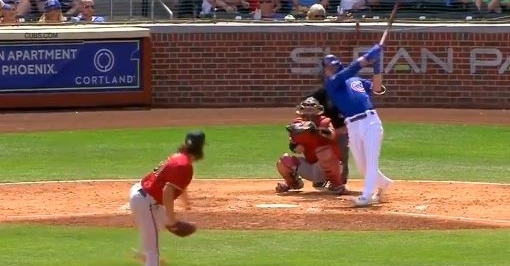 The Cubs are raking today.

Cubs second baseman Nico Hoerner got into the offensive firepower today against the Diamondbacks with a three-run homer in the fourth inning to put the Cubs up 7-1.

Great sign by Hoerner that he is still putting in the work and dedication despite being demoted recently.

He will likely be up during the early portion of the season as injuries tend to happen.